This map by Facebook engineering intern Paul Butler that shows activity and relationships between various locations around the world. “I was interested in seeing how geography and political borders affected where people lived relative to their friends. I wanted a visualization that would show which cities had a lot of friendships between them.” Via Boing Boing. 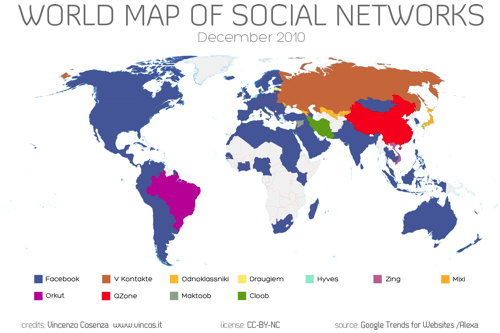 And this map shows which social network dominates in which country. Creator Vincenzo Cosenza has maps for previous months as well for comparison.