Want to know just how strong your cellphone signal is? It turns out there’s a map and an app for that. OpenSignalMaps uses Androidsmartphones as probes, crowdsourcing locations of cellular towers and their strength. Finally, you’ll get a real answer to why those calls keep dropping when you pass through certain areas. 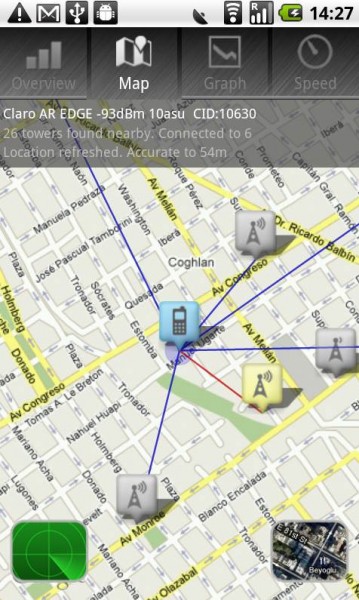 Developed by Staircase 3, the company plans to create accurate signal maps with its Android app and OpenSignalMaps website. The company says the beta version of its Android app OpenSignalMaps has been downloaded more than 80,000 times, as you can see by its maps, the crowd of Android users has already contributed millions of signal strength readings.

The app is still in beta, so there’s still a few missing pieces of data. For instance, in our area here in the Midwest, it looks like AT&T towers are considerably underrepresented. Perhaps that’s because AT&T customers use more iPhones and other cellphones than Android smartphones. As the app’s user base expands, so will the validity of its data. Will there be an iPhone version? We asked the OpenSignalMaps developer that question, and will update this post when we get a response. 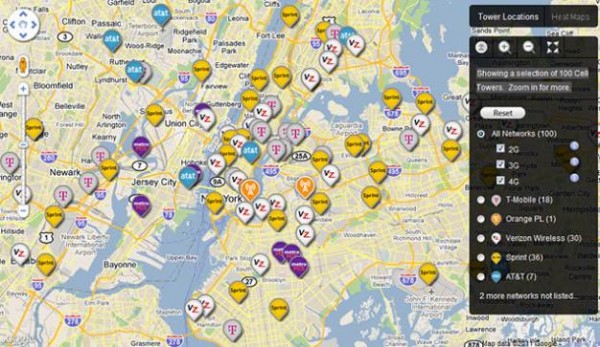 Take a look at the gallery and you’ll see how OpenSingleMaps, a Google Maps mashup, shows its data two different ways: pinpointing cell towers and then showing a heat map of cell coverage. I’m thinking this is already useful, but the company plans to expand the site to let users compare download speeds on various networks, and track the rollout of Verizon and AT&T’s 4G networks.

OpenSingleMaps could become even more valuable if thousands of additional users download the Android app, voluntarily functioning as data acquisition units for the already large database (the company says it doesn’t retain any of your personal data). 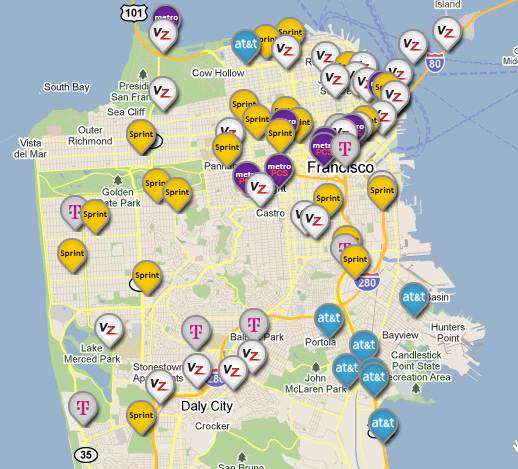 If Staircase 3 could combine its data-driven approach with the user generated cellphone signals of a site such as SignalMap, this could be a comprehensive crowdsourced signal strength measurement device. Finally, we’d have a source of real-world information to counteract the questionable maps we see from wireless providers.