During the crisis in Egypt, third-party Geo developers helped the international community understand the situation and keep persons affected by the crisis safe through the use of innovative new tools. These same tools can be replicated by anyone in any crisis situation. In the developer examples below, three things jump out as particularly striking: How quickly these maps were built and put into action, some within hours of the first protests; how developers (many contributing independently) from all over the world worked together to get these maps up and running; and how geo-context has become extremely important for the international community in understanding and responding to any crisis, be it natural or man-made.

NY Times – Mapping the Protest in Cairo Day by Day 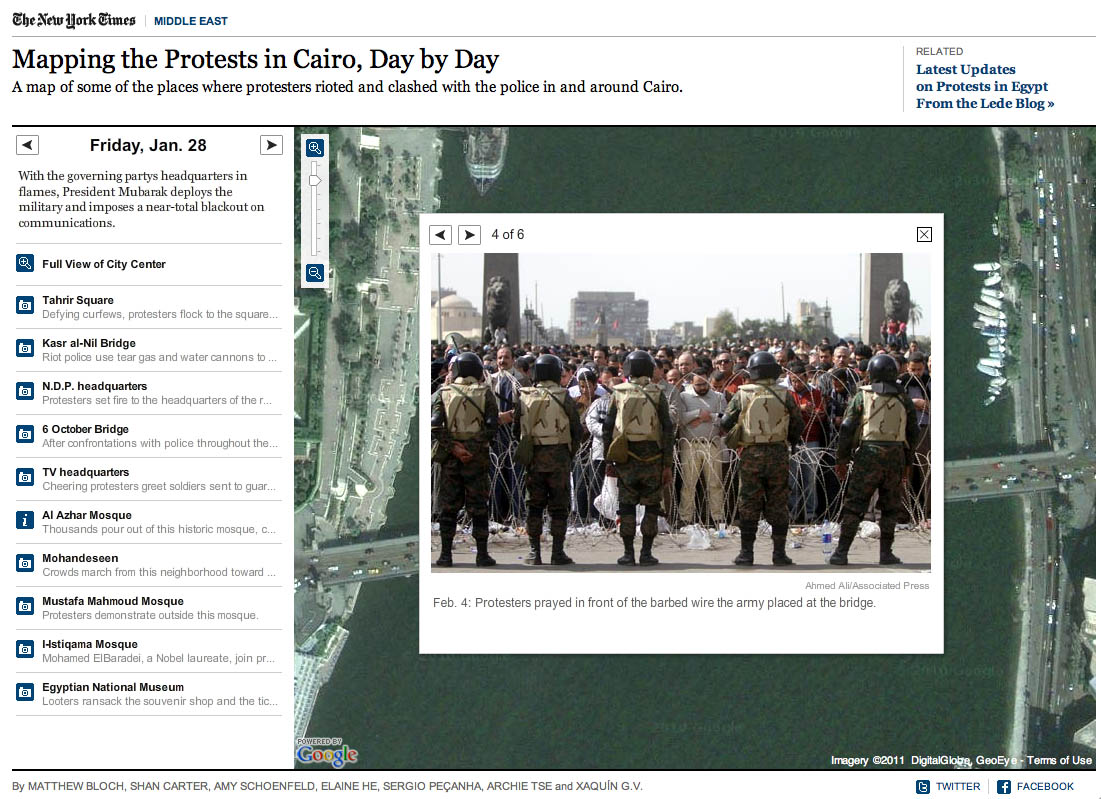 In this map, the New York Times has plotted the locations of the protests and clashes with police. There are also pictures, videos and contextual information provided in the icon info bubbles. 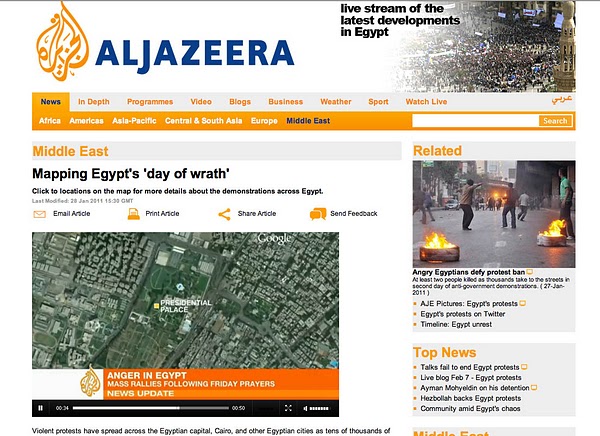 This website features a video illustrating the geographic spread of the protests using fly-over animations in Google Earth. The same webpage includes maps with information about protests in Cairo and throughout Egypt. 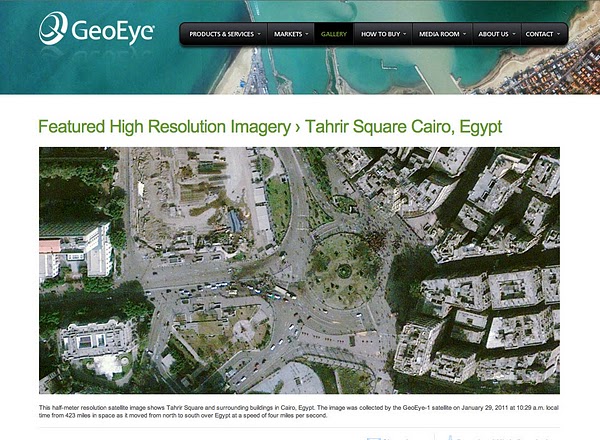 The imagery above is of Tahrir Square on January 29, 2011 at around 10:30am local time from more than 400 miles above. This imagery is exclusively viewable in Google Earth (and the Earth API) using the historical imagery tool. The imagery highlights GeoEye’s stunning ability to respond to world events and capture timely imagery.

Egypt Protests in Google My Maps by Storyful.com 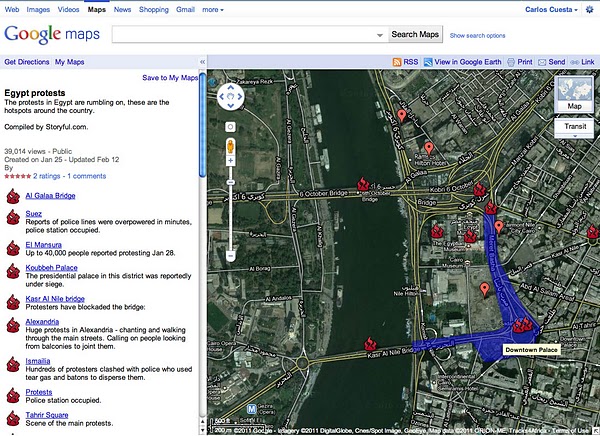 During the crisis, many Geo developers and persons without a Geo developer background collaborated on Google My Maps to chronicle the events geographically as they unfolded, such as this one by Storyful. Using the My Maps tool, anyone with access to Google Maps could create a collaborative mash-up with custom icons, colored polygons, content rich info-bubbles and many other features. Once completed, the map can be shared globally through My Maps or embedded on a website. Access can also be restricted to a select group of people if need be. Learn more at http://maps.google.com/getmaps.

How you can help: During a crisis situation, up-to-date maps are often crucial for organizing humanitarian aid and effective response. In many regions, however, accurate and local map data is sparse, out of date, or not available at all. You can add your geographic knowledge to Google Maps by contributing map edits in Google Map Maker, which is currently available in select countries and territories.