Google has updated the website where it showcases its Street View service, now highlighting places of interest, the locations of Street View vehicles and more. 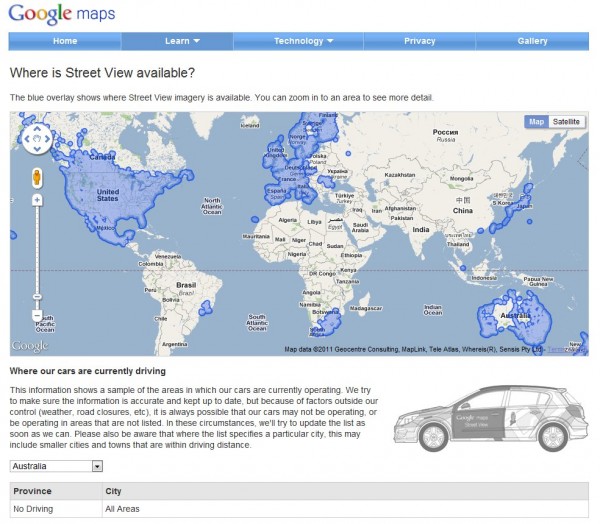 Probably the most interesting part of the site is the map that shows exactly where one can see Street View imagery. The service has come a long way since its launch in March 2007, when it covered only a handful of major cities. Now it covers most of North America, Australia, New Zealand and Western Europe, with pockets of availability in Japan, Indonesia and Brazil.

The new Street View site also includes a set of instructions for using the service, and explains the technology behind Street View’s 360-degree imagery. You can also see 3D models of the vehicles Google has developed for gathering imagery in places where its regular cars cannot go, such as the Trike, Snowmobile and Trolley.