With Microsoft Bing Maps dropping their 3D support, it seemed that Google Earth might be the only 3D option in town. However, Nokia has recently launched Ovi Maps 3D, and it’s a strong competitor to Google Earth — at least in terms of visuals. 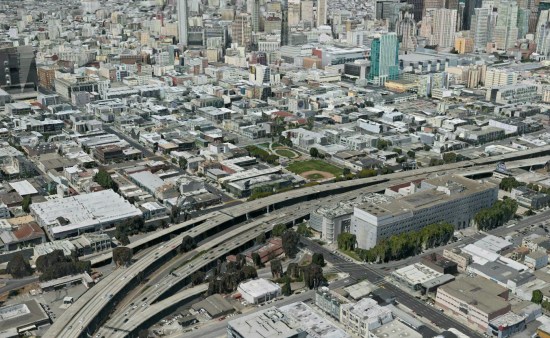 The images are generated by C3, who creates them by taking up to 100 images of a single location, and then automatically generating the 3D textures from it. The result is an amazing level of detail that includes buildings, trees, and even accurate highway overpasses, as seen in the image above. It launched with 20 cities, many of which also include StreetView-like views in some areas.

The only downside to this technique is that many buildings appear to be melting, as shown here. 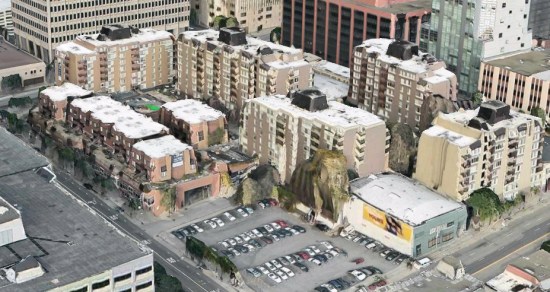 Still, the overall look of the cities is great! They’ve done a very nice job, and the coverage is quite extensive. The control scheme is solid, though there’s no SpaceNavigator support because it only runs in a browser.

The problem is that it stops there, as there is no way to extend it. No KML support, no plug-ins, no overlays, no API, etc. A huge part of what makes Google Earth so great is the ability to extend it with your own data, and that’s a big hole in Ovi Maps. However, I spoke with their team for a while at Where 2.0 recently and was assured that an API was coming soon, though they wouldn’t discuss whether it would support KML or not.

All in all, it’s a solid first effort and certainly is something to keep an eye on, especially as they expand their 3D coverage and begin to offer an API of some kind. Go check it out at maps.ovi.com/3d and see what you think, or check out their promo video below to see more:

http://maps.ovi.com/3d/
(plugin required) – servers are in demand currently and might not get the full picture – wait a few days for the hype to calm down.