Getting directions is one of the most popular features on Google Maps, whether it be for driving, walking, biking or transit. Today, we are launching a new feature that allows you to bring your upcoming trip to life, by allowing you to preview your route in 3D.

Let’s say you’re planning a road trip down the beautiful coast of California’s Highway 1 and want to be able to see what the route really looks like. California’s rugged coastline is not to be missed, but the top-down view really doesn’t give you a good sense of what this majestic terrain is like. Using the 3D preview; however, you can get aerial view of the route, as if you were in a helicopter flying above the road.

To preview your own route, it is as simple as clicking on a button. Start by entering your starting point, destination, and mode of transport like any directions; in this case, driving directions from ‘Carmel CA to Big Sur CA.’ Then, just click on the “3D” play button. The map will switch to Earth view and automatically start flying you along your recommended route. 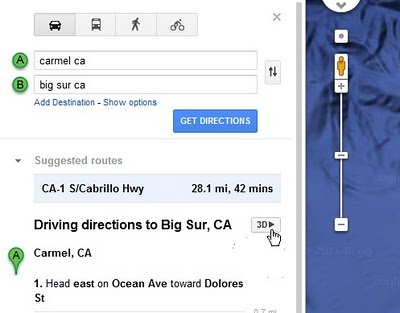 To help you keep track of which step you are on, the current leg of the trip is highlighted in the left panel. You can also jump to a different part of the trip by clicking on a different step. 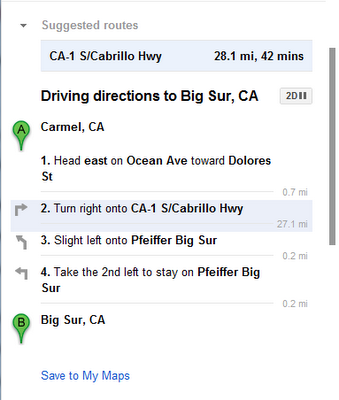 You can get back to 2D mode by clicking on the “2D” button in the left panel at any time. 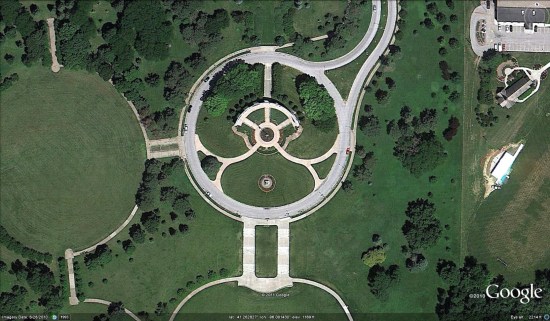 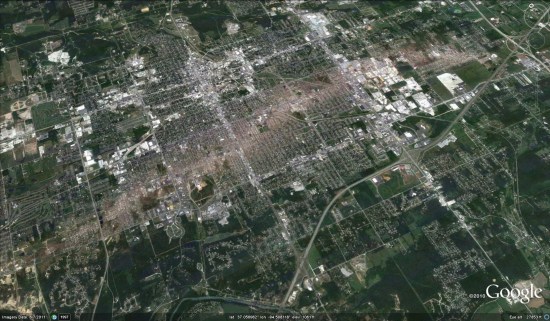 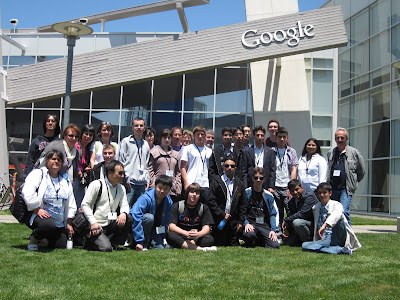 Earlier this month the Google Open Source Programs Office hosted the Grand Prize winners of the Google Code-in contest, a contest designed to introduce pre-university students (age 13-18) to the many kinds of contributions that make open source software development possible. Students worked on many types of task including: writing or refactoring code, documentation, translations, outreach/marketing, quality assurance (testing), conducting research, training, and user experience research. Students earned points for each task they completed, with the top 14 point accumulators winning a trip for themselves and a parent to the Googleplex in Mountain View, California.

Day 1
Upon their arrival in the San Francisco Bay area, students had their first meet-and-greet dinner at their hotel near Google. Many students had worked with the same open source organizations so they had ‘seen’ each other in chat rooms, on IRC, and on group lists but this was the first time the students actually met one another. The bonding began right away as students quickly started moving tables together as more students arrived so that all of the students could talk to each other. 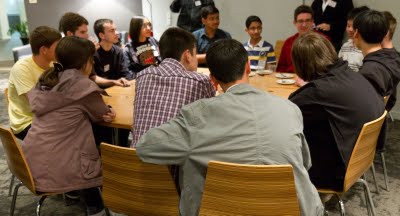 Day 2
Students and parents spent the next day at the Googleplex. The morning began with an introduction by Google Code-in Program Manager, Carol Smith, congratulating the students on their achievements and giving them a talk on Google Summer of Code, our worldwide program for university student developers giving them stipends to write code for various open source software projects.

Next, the students were treated to a talk by Alan Eustace, Google Senior Vice President of Knowledge. Alan discussed the evolution of search and where we go from here.

Three engineers in our Open Source Programs Office, Shawn Pearce, Junio Hamano and Dave Borowitz, chatted with the students about their roles at Google, their work in open source and specifically with Git.

Lilli Thompson, Game Developer Advocate for Google, discussed her role at Google and her experience as an engineer in the gaming industry.

Lunchtime at Google’s largest cafe was next on the agenda followed by a tour of the Google campus. One of the stops on the way was the picturesque front lawn of Mr. Android, complete with all of his releases: cupcake, donut, eclair, fro-yo, gingerbread and honeycomb. Perfect place for a photo op…. 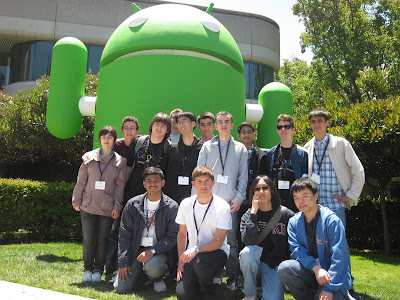 …then on to the Google onsite store to pick up some fun schwag to take home to friends and family.

When the students arrived back to our conference room they were welcomed with large plush bug-droids, compliments of Dan Morrill and the Android team. Dan chatted about Android and took questions from the students and parents.

Jutta Degener discussed her job as a Software Engineer working on the Borg cluster management system.

Jeremy Allison, co-creator of Samba and Open Source Programs team member, engaged the group in a lively discussion about why open source development is important to the world and the important role these students can play in the years to come.

We wrapped up the day with chief Java architect and Open Source Programs Office team member, Josh Bloch, running through a few Java puzzlers with the students.

Day 3
Students spent the next day of their trip in San Francisco enjoying a behind the scenes tour at the California Academy of Sciences complete with a planetarium show. To have energy for their next adventure, the group filled up on chocolate ice cream and banana splits at Ghirardelli Chocolate shop. Then the parents and students spent 2.5 hours on segways touring around Fisherman’s Wharf and the North Beach neighborhood. 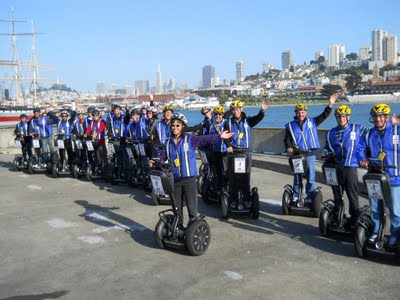 The students traveled to Northern California from 8 countries: Austria, Brazil, Canada, India, The Netherlands, New Zealand, Romania, Turkey, and the United States. This group was a great representation of the talented students around the globe interested in open source software development.

The students left all of us in the Open Source Programs Office feeling lucky to have met these rising stars in the open source world. We hope to see them again in Google Summer of Code (once they are old enough) and at future open source events around the world. We’re sure this is not the last we’ll hear of these bright, hardworking, humble, gracious young adults.