Microsoft now has an all-in-one fully integrated solution for city governments with the 311 Citizen Services Center. It combines the power of several Microsoft technologies and has both a citizen-facing portal and a back-end management module, including interactive Bing Maps for both components. When cities use the 311 service center, citizens can easily report outages, potholes, etc. by locating them on a map. City workers and contractors can use Bing Maps for service request information and updates. 311 Service Center is another great example of how Bing Maps integrates with

Microsoft Dynamics® CRM to show the data the customer is managing, and to speed up the decision process.

To learn more about how your city can benefit from the Citizen Services Center (311), visithttp://www.microsoft.com/gov311 and watch this video. 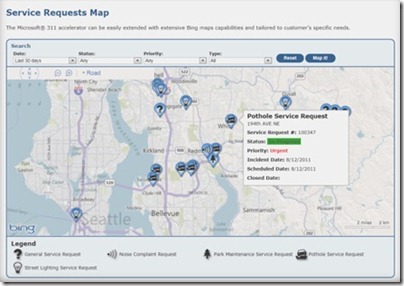 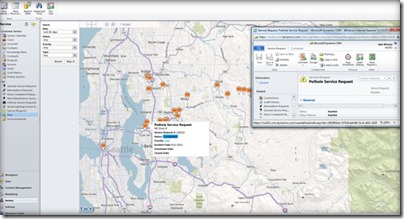 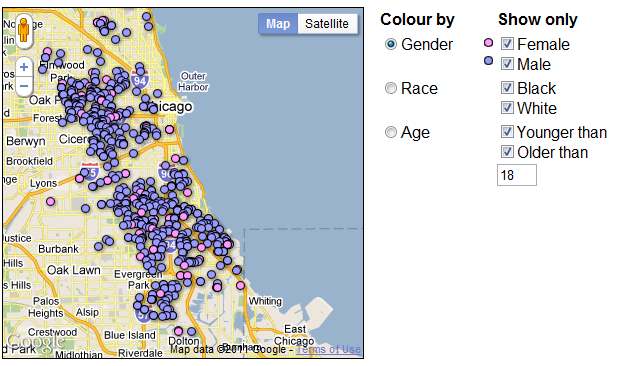