The space shuttle Atlantis is currently in flight on the program’s final voyage after launching from Cape Canaveral a few days ago, and NASA is providing some excellent tools to help track the shuttle in space.

Fist, they’ve provided a replay of the STS-135 ascent

, including quite a lot of data about the shuttle as it lifted off.

that updates every few seconds so you can follow the exact location of the shuttle. 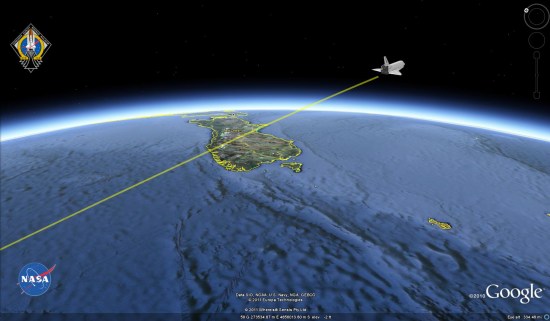 While this is the end of the shuttle program, NASA has a variety of missions planned for the next six months, including unmanned journeys to Jupiter and Mars. Hopefully they’ll provide this kind of data for those flights as well.

On a side note, I was made aware of this by Rob Mayeda on Google+. While Google Earth Blog isn’t yet allowed to create a profile over there (only humans for now), I share Google Earth-related material fairly often and I’d love to connect with you on there. If you need an invitation to access Google+, you can request one from this site.

For those of you who have not had the pleasure of visiting the beautiful city of Amsterdam for yourself, I’m happy to say that Google Earth now offers the next best thing: Amsterdam in 3D.
Recently, several thousand buildings have been added to the capital city of the Netherlands, Amsterdam. Using Google Maps with Earth view or Google Earth’s “3D Buildings” layer, you can now travel the city’s charming streets and canals to experience its rich architectural history. Download this KML tour from the Google Earth Gallery to take a virtual tour of the 3D landmarks for yourself.

Navigate in Google Earth to visit one of Amsterdam’s famous museums like the Rijksmuseum or the van Gogh Museum. And with the Google Art Project, take a peek inside the museum to see high-definition renditions of many famous paintings. 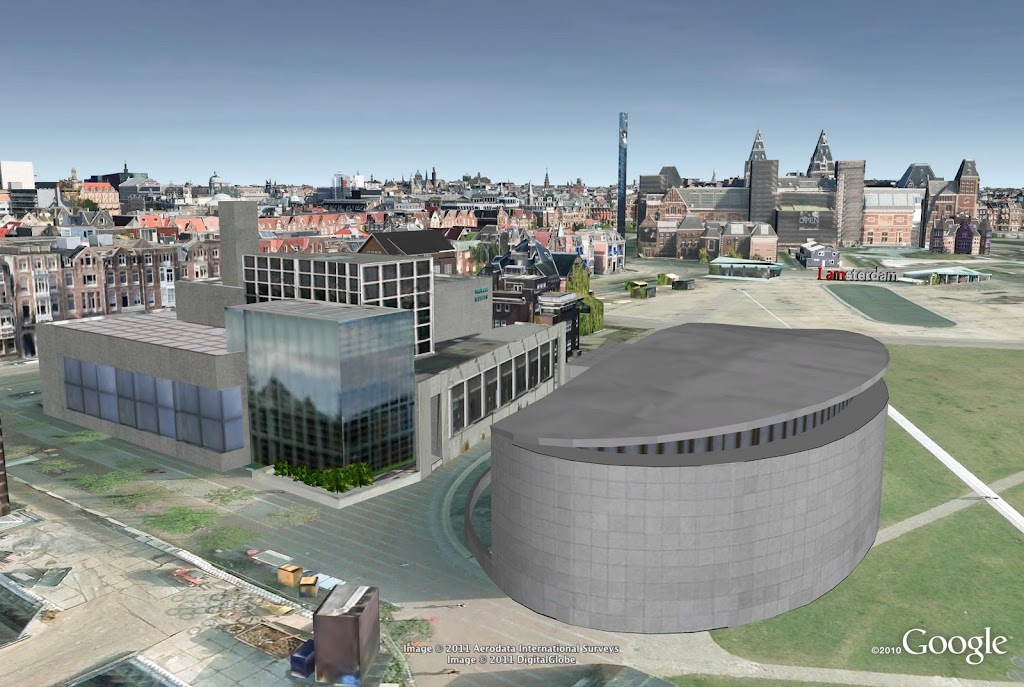 Van Gogh Museum (front) and Rijksmuseum (right)
Since you’re at the Museum Square already, take a look at the Concertgebouw (Concert Hall). Turn around and go along one of the three most famous canals in Amsterdam: the Herengracht, the Keizersgracht and the Prinsengracht. Don’t forget to stand still at number 263, where Anne Frank wrote her unforgettable diary during the Second World War.

Continue through the lovely small canals to the city’s major square: the Dam, where you’ll find the impressive 350-year old Royal Palace and the National Monument. Not far from the Dam, you can admire the Beurs van Berlage, the old Amsterdam Stock Exchange. 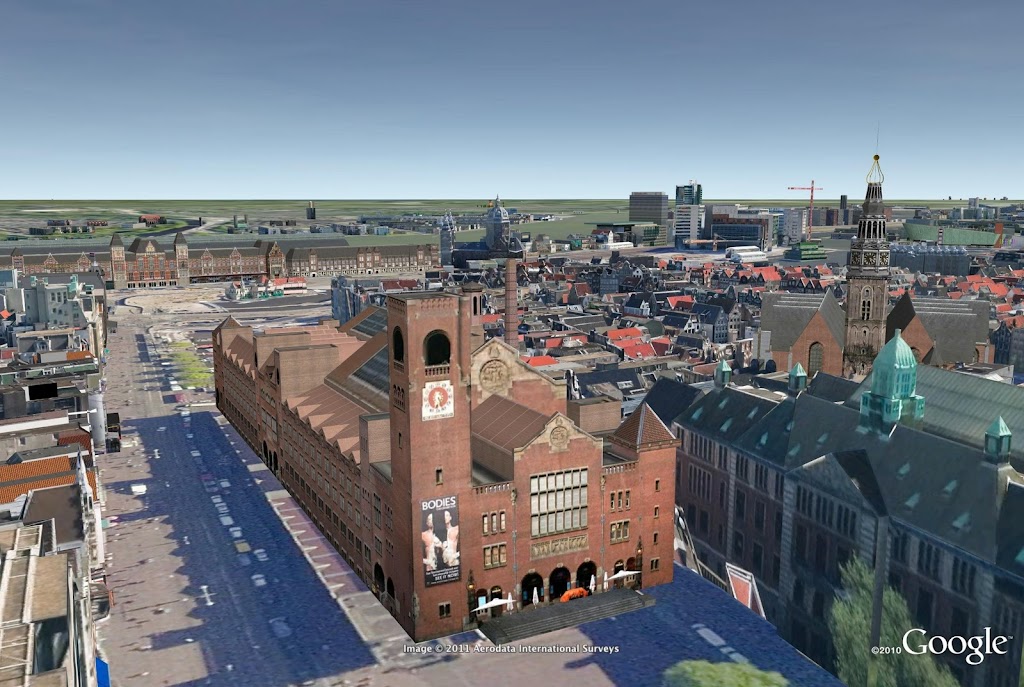 Beurs van Berlage, the old Amsterdam Stock Exchange
You’ll find modern Amsterdam in 3D as well: next to the Central Station is the NEMO Science Center, which looks like a Flying Dutchman’s ship rising from the water. Then fly south to the futuristic Amsterdam Arena football stadium. 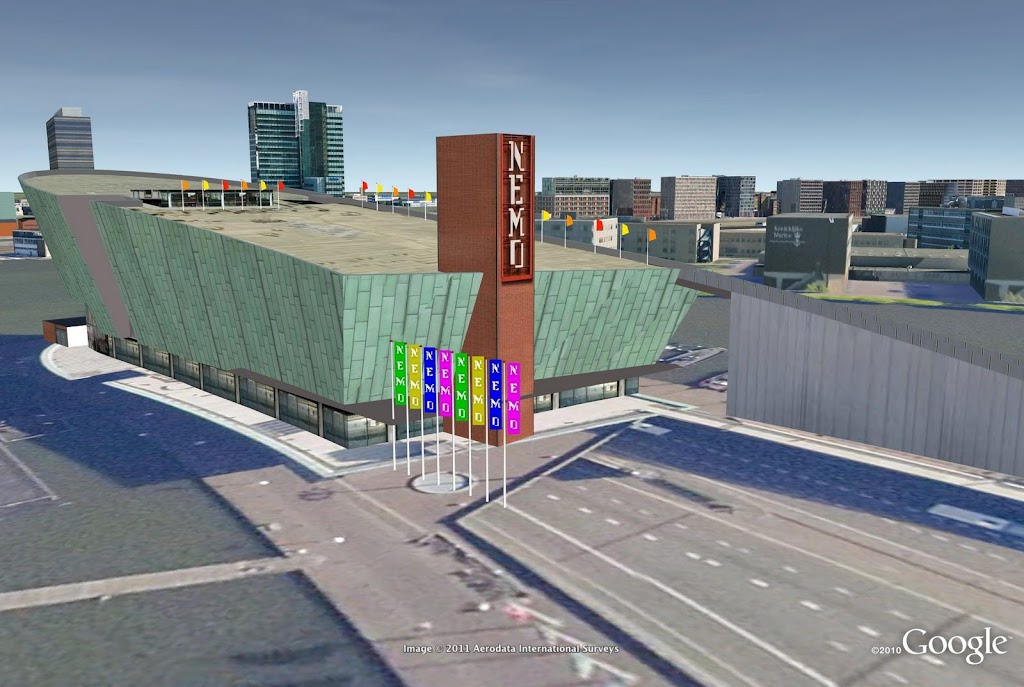 NEMO Science Center
When you’re finished touring Amsterdam in Google Earth, head south to The Hague, where citizens are actively modeling their city with free 3D tools from Google. 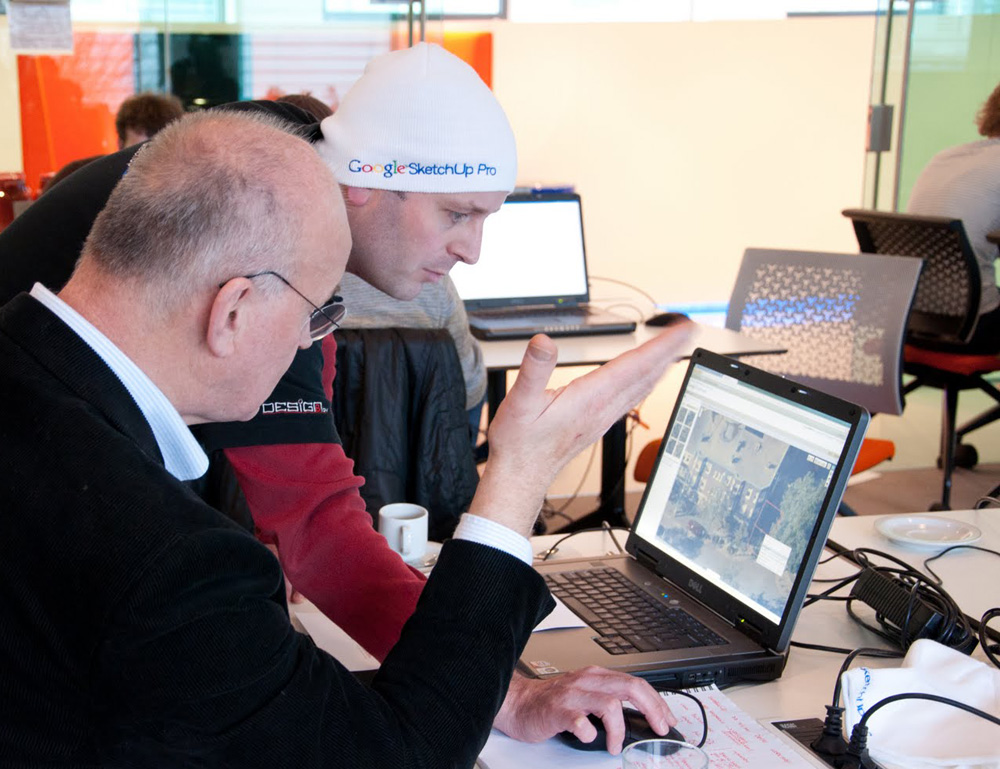 Dutch citizens modeling The Hague
If you’d like to get started modeling your town, you can get started quickly with Google Building Maker (where available).

More recently, this February we saw a demo of GEVision, which integrates Microsoft Flight Sim technology but uses Google Earth for the terrain and imagery.

Now we have our first look at Xavier Tassin’s Google Earth Flight Simulator, which might be the best one yet!

It uses the Google Earth Plug-in, and you can try it for yourself at ge-flightsimulator.com. If you need help with the controls, here are some instructions.

A few other notes about the project, from Xavier:

All in all, it’s a great flight sim. Try it for yourself, and tell us your thoughts in the comments below.