While we’ve often referred to them as “Armchair Archeologists“, Dr. Sarah Parcak is doing similar work by finding thousands of important ancient settlements through the use of infrared satellite imagery. 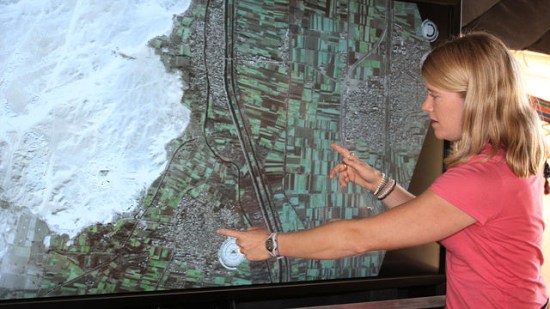 According to Gizmodo, the satellite that captures the infrared imagery is accurate to one meter, and makes pyramids, tombs and settlements easier to spot even if they are completely buried. Because ancient Egyptians used mud brick, it is much denser than the soil around it and can be picked up with infrared satellite imagery.

She recently traveled to Egypt to during which they excavated a 3,000-year-old house, and the outline of the structure matched her imagery almost exactly! This was great validation of the work she’s been doing.

You can read more about what she has done and her future plans on the BBC website.

Stefan at Ogle Earth has dug into this story as well, and has created a nice file to use for comparison purposes. Grab his KMZ file

to see a comparison between some of Dr. Parcek’s imagery and the base Google Earth imagery for the same area.