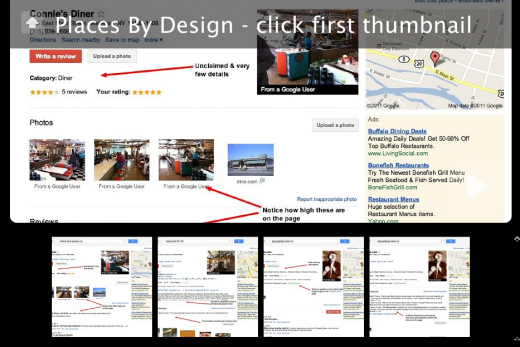 Today is a new day and brings an apparently new display to the Branded Onebox display in the main search results. As Daniel Sheehan noted several weeks ago in the post about the change away from photos in the display, “When it comes to Google Places it seems that there is no normal. There are just short lived tests and longer tests.”


Slightly after midday yesterday (when the second screen shot was taken) Google changed the branded Onebox display to now include the image from the Places page and placing the map to the far right. Here is a screen shot from this morning and yesterday afternoon:

Google, having first introduced the hotel booking feature in November on a limited test basis, has now pushed the ability to procure a reservation to the front page of the main search results for both blended and 7-pack displays. The test from Google has included a limited number of travel sites and a few high end independent hotels on a pay per click basis. Google has not been forthcoming about how to participate in the program noting that the program would be available to all someday.

The option to book directly from the page is visible in both the blended results and the 7-Pack. 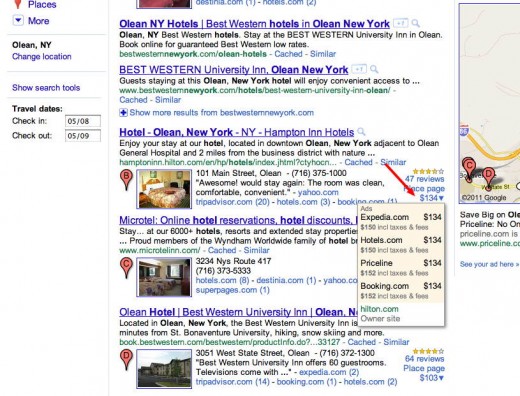