This is a preview of the Bing Maps Android SDK created by InKnowledge.

Today, we’re excited to announce a new Bing Maps iOS SDK. This new SDK gives developers a set of Objective C classes to develop iPhone and iPad applications within Xcode, along with documentation and several sample projects to help them get started quickly. The iOS map control supports Bing’s road, aerial and hybrid aerial map styles, and includes the ability to add pushpins to the maps and access the user’s location via the GPS to locate the phone on the map. 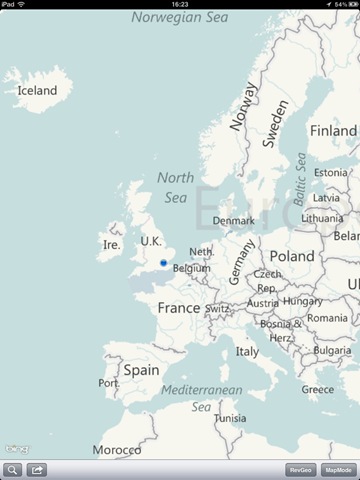 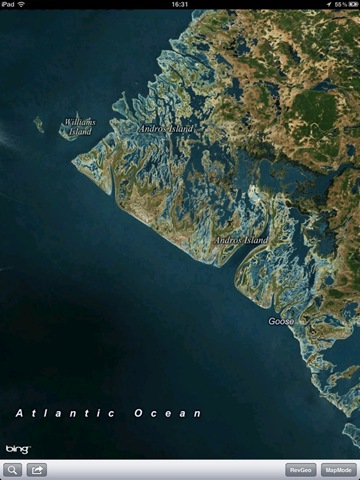 In keeping with our focus on performance across the Bing Maps platform, we have separated the Bing Maps Controls from the Bing Maps services to lighten the load. This means you can use the Bing Maps iOS Control in conjunction with the Bing Maps REST Service (Geocoding and Routing) to build a fully featured mobile map application. Additionally, you can hit Bing search services to pull local listing information.

And as always, developers can integrate Bing Maps into consumer-facing mobile applications for free (you can read the fine print here).  We think you will find that the terms of use are less restrictive than what you find with the Apple Map Kit, with no sacrifice in functionality.


The launch of the iOS SDK goes a long way toward rounding out Bing’s toolset for mobile developers. In addition to the iOS SDK, developers can also use the Bing Maps SDK for Windows Phone and the community-driven SDK for Android development. Add to these our long list of tools and services for web development and it equals a mapping service with the scale and scope to support a wide range of mapping projects.

Sign up for a free Bing Maps Key, then download the .zip file to get the control and SDK, and you’re off and running!

Android 3.0 (Honeycomb) is a new version of the Android platform that is designed from the ground up for devices with larger screen sizes, particularly tablets. It introduces a new “holographic” UI theme and an interaction model that builds on the things people love about Android — multitasking, notifications, widgets, and others — and adds many new features as well.

Besides the user-facing features it offers, Android 3.0 is also specifically designed to give developers the tools and capabilities they need to create great applications for tablets and similar devices, together with the flexibility to adapt existing apps to the new UI while maintaining compatibility with earlier platform versions and other form-factors.

Today, we are releasing a preview of the Android 3.0 SDK, with non-final APIs and system image, to allow developers to start testing their existing applications on the tablet form-factor and begin getting familiar with the new UI patterns, APIs, and capabilties that will be available in Android 3.0.

Here are some of the highlights:

Support for multicore processor architectures: Android 3.0 is optimized to run on either single- or dual-core processors, so that applications run with the best possible performance.

For an complete overview of the new user and developer features, see the Android 3.0 Platform Highlights.

Additionally, we are releasing updates to our SDK Tools (r9), NDK (r5b), and ADT Plugin for Eclipse (9.0.0). Key features include:

To find out how to get started developing or testing applications using the Android 3.0 Preview SDK, see the Preview SDK Introduction. Details about the changes in the latest versions of the tools are available on the SDK Tools, the ADT Plugin, and NDK pages on the site.

Note that applications developed with the Android 3.0 Platform Preview cannot be published on Android Market. We’ll be releasing a final SDK in the weeks ahead that you can use to build and publish applications for Android 3.0.