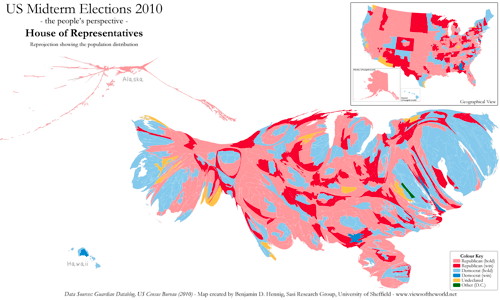 Benjamin Hennig has plotted the results of the U.S. congressional elections on a population-based cartogram (which evens out the very large, sparsely populated districts with the small, densely populated urban districts that don’t show up well on a geographical map). There are cartograms for the Senate and governors’ races, too, but they’re less dramatic.