The Voice Actions, a series of spoken commands that let you control your Android phone or tablet with your voice. You can call businesses and contacts, send texts, browse the web and complete other common tasks, all just by speaking into your phone.

Today, we’re pleased to announce that users in the UK, France, Italy, Germany and Spain can now use Voice Actions in British English, French, Italian, German and Spanish.

To use Voice Actions, tap the microphone button on the Google search box on your home screen, open the Voice Search app, or press down for a few seconds on the physical search button on your phone to activate the “Speak Now” screen. You can see how it works in this video.

Speak any of these commands to perform a Voice Action on your phone:

And of course, you can still conduct a Google search using your voice. 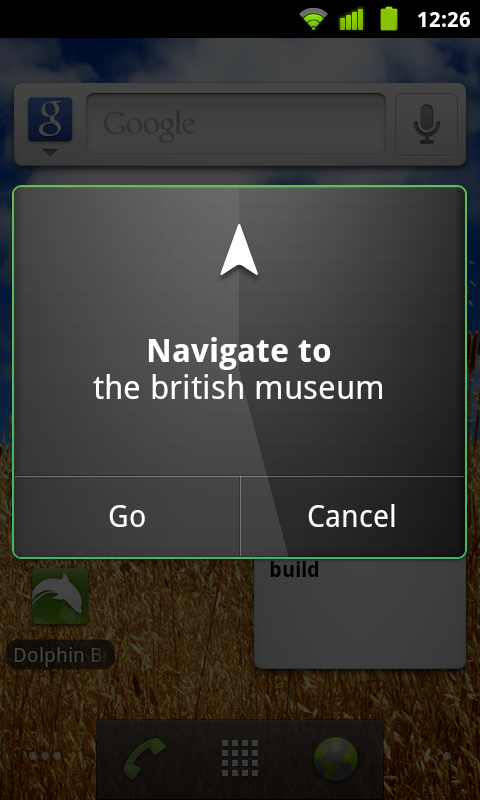 Use Voice Actions to get directions, or send a text using just your voice

Google has just pushed out a major update to their Street View imagery, in what they’re calling their biggest update yet.

Part of that includes higher resolution images in parts of California (San Francisco Bay Area, Los Angeles and San Diego), allowing you to see amazing images like this one of the Golden Gate Bridge.

Also included in this imagery are a few new islands: Jersey, off the coast of France, and Isle of Man, located in the Irish Sea. Here is Peel Castle, located on Isle of Man (via Google Maps Mania): 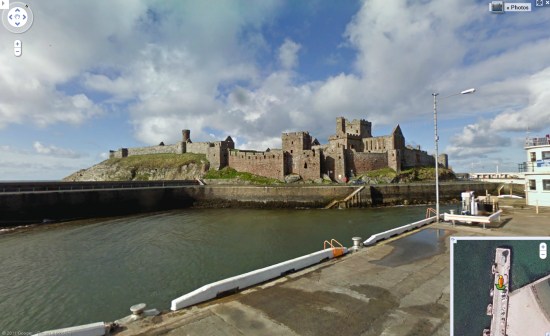 Finally, don’t forget that the Street View mode was greatly enhanced with the release of Google Earth 6, making it much easier to browse this kind of imagery from within Google Earth. To enter one of these areas, or any other Street View-enabled location, simply drag the “Peg Man” from the controls in the upper right corner onto the globe.

A couple of days ago, we told you about some fresh imagery from Japan that Google had added to the base layer of Google Earth. At the time we assumed that the Japanese updates were the extent of it, but thanks to sharp-eyed GEB reader ‘Munden’ (and confirmation from the updated KML file), it turns out there was a bit more.

It wasn’t a major update, but there is also new imagery in parts of Austria, Brazil, Cuba, Ireland, New Zealand, Paraguay, Spain and Tanzania. It was the New Zealand imagery that caught Munden’s eye, as the update captured construction on the set of the upcoming movie “The Hobbit“. Details on that can be found over at Google Earth Hacks. 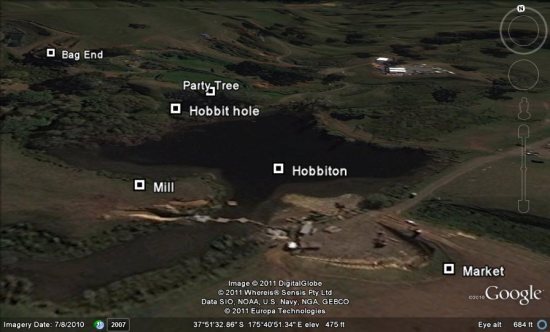 To see all of the areas that were updated, just grab the updated areas KML file

and look for the red outlines.