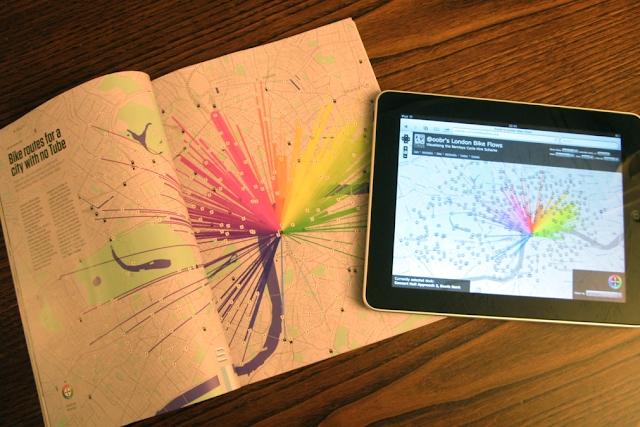 Embedded below is a view of Ollie’s work as a timelapse to illustrate the distinctive weekday commuting patterns of the London cycle hire scheme:

You can run the animation direct via the Cycle Hire Dock Visualisation Map, and find out more about Ollie’s work at CASA and beyond via his Suprageography blog.

The Festival Taiwan 2010 / Official Spot film investigates the genesis of a world created from information where success and failure becomes layered into an evolving urban landscape:

Created by Nice Shoes, and in their own words – the city is not designed through intentional desires, but rather by the proliferation of ideas and thus equating failure with success, each becomes their own thread in a tapestry of an evolving construct.
We are not sure what that means either, but the visualisation is impressive as is the soundscape created for the clip. We do not often delve into sound here at digital urban, but this clip needs headphones, the spatial separation and mix are notable.