This weekend the office is being taken over by the RepRap 3D printer build. The PayItForward team are in – a group of altruistic people who have RepRap machines, printing parts and gifting them to people who want to make a RepRap machine with the requirement that once the 3D printer is running, they print off a set and pass them on in the same fashion. 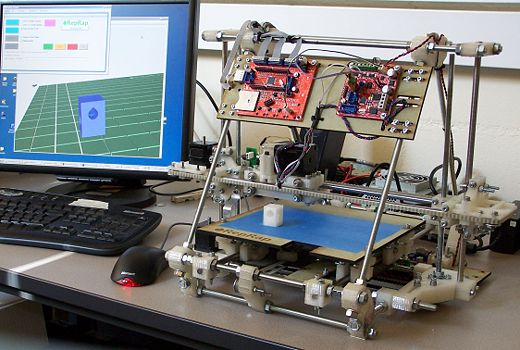 The team will be documenting, tweeting (under #uclpifp) and hopefully, ustreaming the build as they go, (we will update this post with the stream when it goes live Saturday morning).


We will be in and out as well with updates Andy@digitalurban, CASA is moving to our new open plan offices next week so its a weekend of packing and updating on the 3D printer build.