Google Places and Hotpot have had a rough run of bugs of late. It seems that barely is one fixed that another crops to the fore. This was reported to me on February 22 by Plamen. The first 40 characters or so of the review are lopped off. It appears to be affecting any review written since November 16: 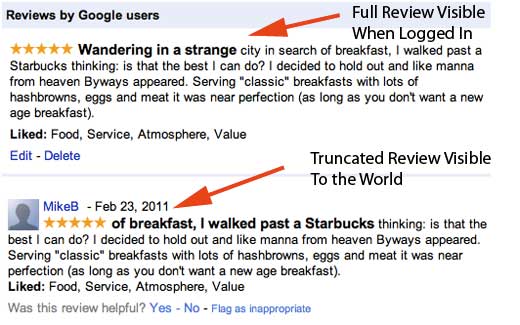 Another screen shot from Byways Cafe in Portland: 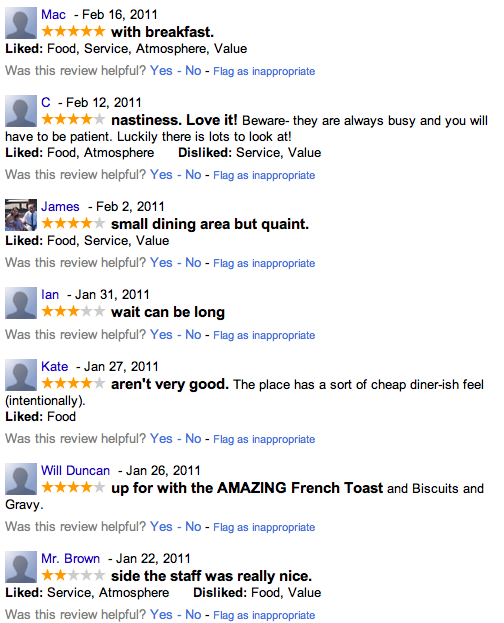