Google has just made some subtle changes to the way the “borders and labels” layers behave, but it makes them a lot more useful.

Back in April, Google made some great changes to the Mountains layer that included new photos, video tours, cross-section views and more. They’ve now added more items to that layer, including mountain ranges, deserts and plains.

The best new addition is the mouseover extents for each of these areas; hover over the name of a mountain range or desert, and the area of that item becomes outlined in Google Earth. For example, here are the Blue Ridge Mountains in the eastern United States. 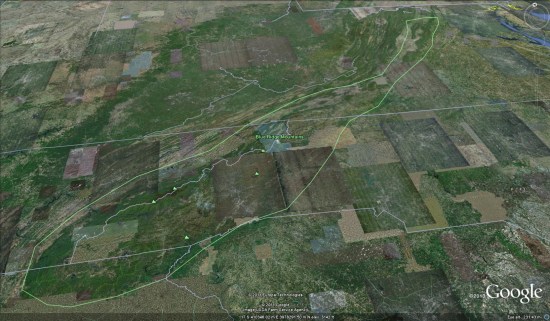 As I found myself browsing around the globe looking at various items, I realized that this was another great little piece that helps make Google Earth useful in educational settings. StrataLogica,  certainly adds a lot of data to Google Earth, but this is a simple way to make exploring those areas more useful.