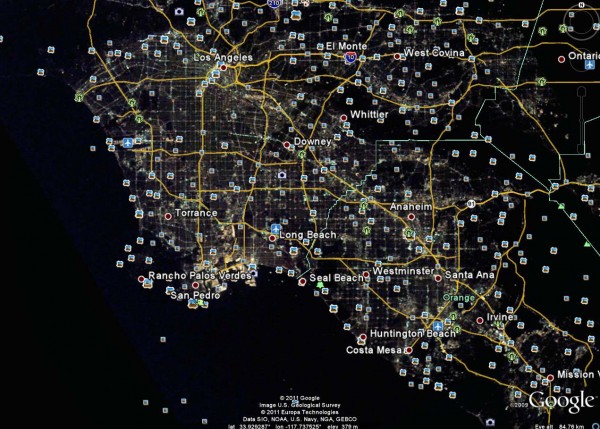 NASA astronauts have taken photographs of various cities in the world, on the night of Space Shuttle. These images are a great way to visualize the growth of cities and transport networks of cities. They also give some idea of ​​how cities in different countries to develop. In some cities are built on good bars, others have a central core? Without a few rings of transport, and some appear to be completely disorganized.
NASA has collected sketch map of some of these images and descriptions of how they had seized. Many other similar images can be found by searching the gateway to Astronaut Photography of Earth. I took a few pictures and import them overlay in Google Earth. The picture quality is good but not great as it looks, how astronauts use the camera out ready for this.
Following cities are included in this collection. If you find any other good night images of NASA image archives, leave comments, and I will try to add it.