The 2012 Summer Olympics, to be held in London, are getting closer all the time. As they’re working hard on preparing the various venues for competition, you can use Google Earth to follow their progress.

A handful of venues already have 3D models in Google Earth, including the London Aquatics Centre (model details), seen here: 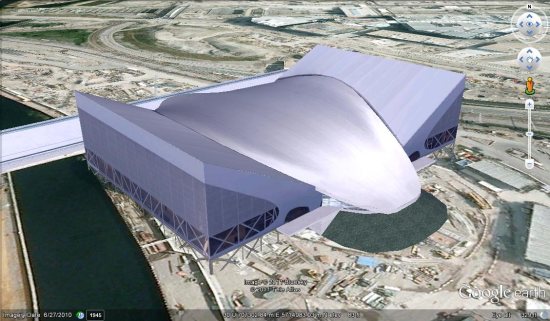 Another great model is the London Velodrome (model details), which will house the indoor track cycling events: 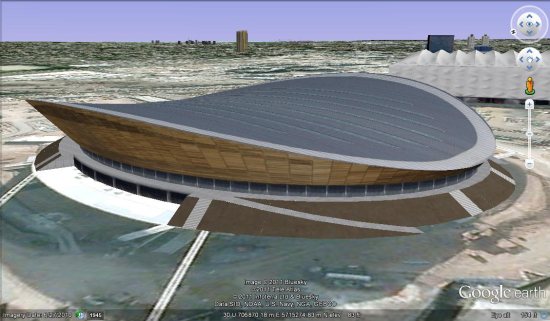 A great overview of the venues can be found in this Google Sightseeing post from last week. In particular, you can grab their KML file

to quickly find the venues in question.

Google added fresh imagery just prior to the 2008 Beijing Olympics, as well as the 2010 Vancouver Olympics, so I expect we’ll see some great new imagery in London sometime before the games begin next summer.