Google+ (Google Plus) is still in active development and not yet available to everyone. You need an invitation to sign in. 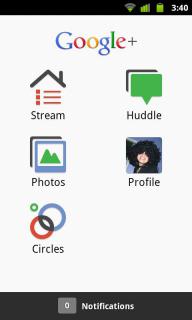 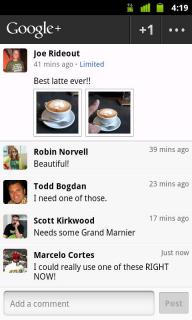 Google+ for mobile makes sharing the right things with the right people a lot simpler. Huddle lets you send super-fast messages to the people you care about most. With your permission, Instant Upload automatically puts the photos and videos you take into a private album in the cloud, so you can share them anytime, from anywhere. And no matter where you are, the stream lets you stay in the loop about what your friends are sharing and where they’re checking in.

Features:
* Circles let you share the right things with just the right people.
* Stream is where you can get updates from your circles or see what people are saying about things nearby.
* Instant Upload automatically uploads videos and photos to your own private album in the cloud, to make sharing a snap.
* Huddle is super-fast group messaging for everyone in your circles. 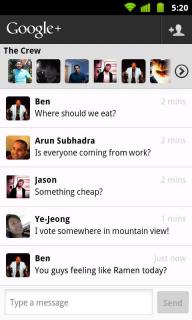 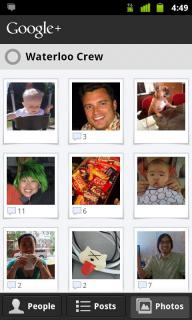 Google+ is now available for the iPhone!