One of my new favorite sources of SketchUp inspiration and information (inspormation?) is Sketchup Ur Space. A virtual smorgasbord of articles, tips, forums and imagery, this website is sure to make you smile. There’s a monthly PDF magazine, too. The creator of Sketchup Ur Space is Debarati Nath, an India-based writer who shared some information about herself and the new site:

What am I doing in the arena of 3D?

My name is Debarati Nath and I have done a degree in Mass Communication. Well, I am not a geek, in no terms so, when I started out working with SketchUp I had only one consoling factor. I had read that SketchUp – a 3D designing tool is for every person and not for geeks alone. Indeed after working with SketchUp for some time now I have realized that even a common person can draw anything from a nail to Burj Khalifa using this designing tool. Thus my work soon became my passion and I wanted to promote the thought of SketchUp to the common masses and of course to the 3D designers all around the world.

I joined the company SketchUp 4 Architect as a content writer last year. Our company was outsourced SketchUp work and we started out by launching our magazine on www.sketchup4architect.com. This magazine is published in two versions flash and pdf. Soon the magazine became immensely popular and we decided to launch an independent site for the magazine. With this idea the www.sketchup-ur-space.com was launched in March 2011.

Progress of Sketchup ur Space as an Editor

In the earlier days the magazine had to travel through troubled waters. Many hardships had to be borne. But soon the magazine earned me many friends. Our journey was made smooth thanks largely to the help and support from Jim Leggitt, Bonnie Roskes, James Hanningan, Nomer Adona, V-Ray/Chaos Group, AR Media and many other friends.

Goals That Push Us On

Our motto is same as SketchUp. We want ‘everyone to experience the power and fun of building their ideas in 3D’. Sketchup ur Space always wants to lend its helping hand to the budding SketchUp designers by providing various tutorials, tips and tricks. We want to be a piazza for all the SketchUp artists all over the world. We would like to provide them a common platform to share their views and opinion. Newbie as well as renowned SketchUp artists, geo modelers, architects and SketchUp writers are featured in our magazine. Recently Sketchup ur Space had organized a SketchUp Competition to boost the SketchUp spirit of young designers with V-Ray/Chaos Group to mark our first anniversary.

Hope that you can add more power to SketchUp and help to make it best designing tool. Connect to Sketchup ur Space Magazine and be a part of our future vision. 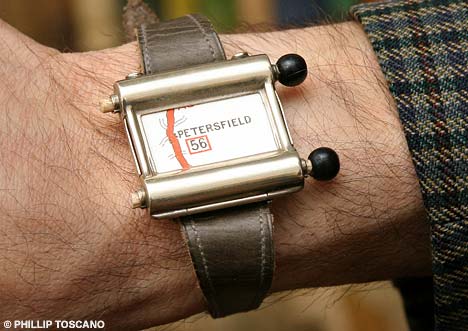 Today we are announcing a major milestone by releasing the Beta version of the open source Google APIs Client Library for .NET. This includes service-specific libraries and samples for Google APIs, built on our new client library generation infrastructure. We’re now comfortable enough with the stability and features of the library that we want you to start building real production applications. Currently we support Microsoft .NET 3.5 and 4.0 and Mono 2.6.7 (and higher). In the future we hope to also support Windows Phone 7 and Microsoft Silverlight.

To demonstrate how easy to use the library can be, here is a snippet from the goo.gl sample to shorten a URL using the goo.gl service:

// Create an instance of the UrlShortener-service. var service = new UrlshortenerService();