Here is an instruction for installing of Garmin gmapsupp.img for viewing in MapSource

4.Extract archives on your PC

5.Install  MapSource.
6.Open wgmaptool.exe.
6.1 Browse to your gmapsup.img which you planning to install in  MapSource and push ОК. 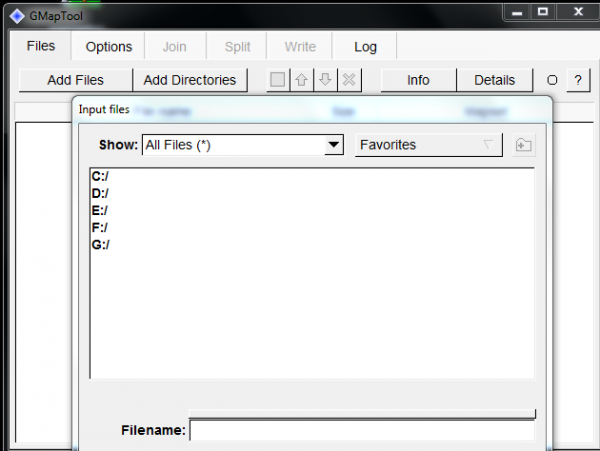 6.2 Go to Options. Down in right corner there is a button with two dots – Push it and browse to cgpsmapper folder, go to cgpsmapper.exe and OK. 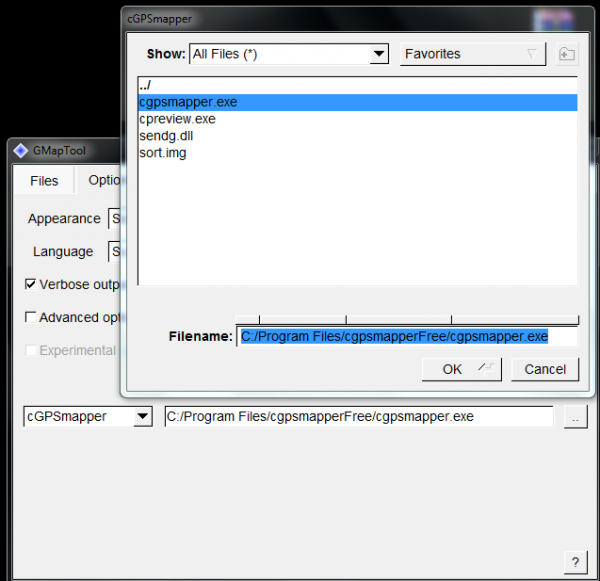 6.3 One of the Options is Split, go there and push button Directory. Here you should define destination folder.Do not touch the other options. Leave them by default. 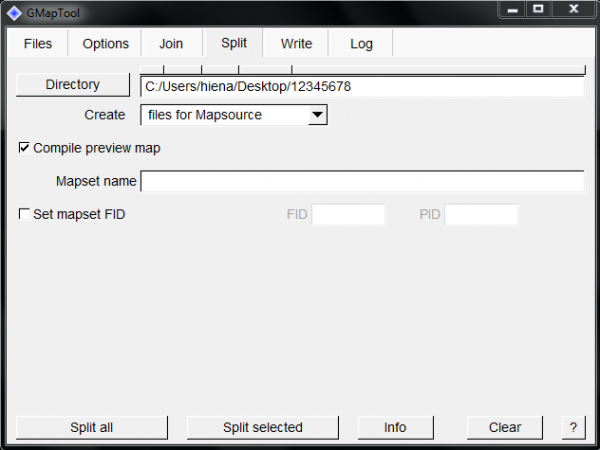 6.4  Push Split all and you should receive something like: 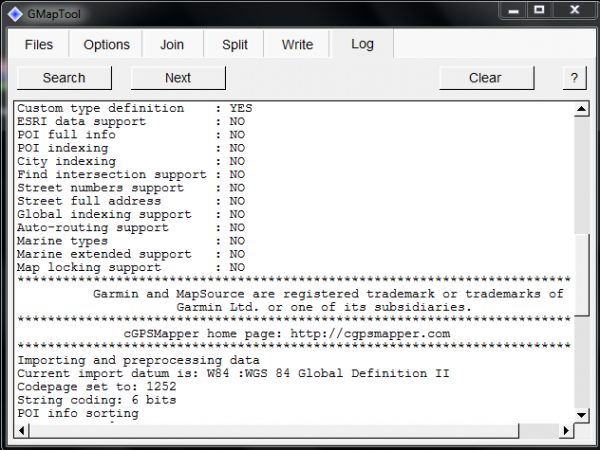 7. Open destination folder from 6.3. There you have to see ready installation files for MapSource.

7.1 Execute install.bat, and the installation in MapSource begin.

After installation of your gmapsupp.img map in MapSouce you should Unlock the new mapset with the serial provided with purchasing of device (if you buy device with pre installed map) or in SD card.

Garmin has finally created a navigation app for the iPhone, and now StreetPilot for iPhone is available in the App Store for $40. Here’s a review where we compare the iPhone version to another Garmin hardware GPS navigator, the Nuvi 1690.

I’ve been using Garmin GPS navigation since the days when the hardware cost $800, and so I was interested in seeing if Garmin could translate the excellent user interface and responsiveness of its hardware navigation units to the iPhone.

With the help of this new and improved application, you have no excuse to ever get lost again. Your driving experience will be totally revolutionised thanks to the intelligent technology we have integrated into the app. It locates you on a map, tells you where to change lanes and provides clear and bold arrows along the appropriate roads. It also means that you don’t have to rely on your friend or your partner to map-read to you, which we all know causes arguments. Passengers are now free to read, whether it is a book on their internet phone and help you look out for the destination as you approach it. The app also comes with a handy weather monitor as well as the time, the speed limit, the speed you’re travelling and how many yards away a turning is.﻿

Delayed for years because of Garmin’s foray into its own smartphone hardware, the company’s done a respectable job of moving its software onto the iOS platform. A big plus with the software is its continuously updated maps, where small parts of the map software reside on the iPhone’s hard drive, but most are downloaded via the 3G network. 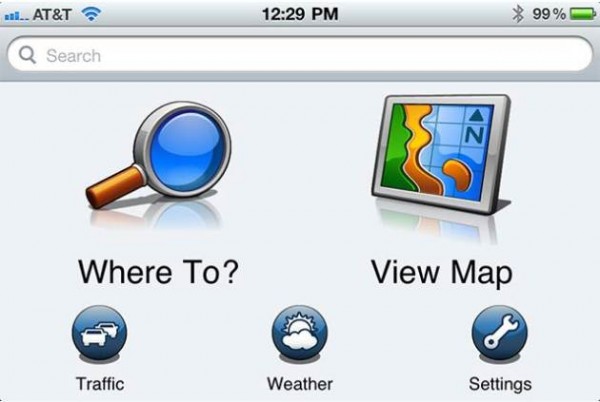 This can be good and bad. While the maps are the freshest available, if you stray outside AT&T’s 3G network, you might not see a map until you get closer to a 3G tower. However, in my testing in the Milwaukee metropolitan area, this wasn’t a problem at all.

Most of the features you’ll get on Garmin hardware units are there in the software, including extensive points of interest such as gas stations and restaurants, helpful lane assist capabilities, and spoken street names. 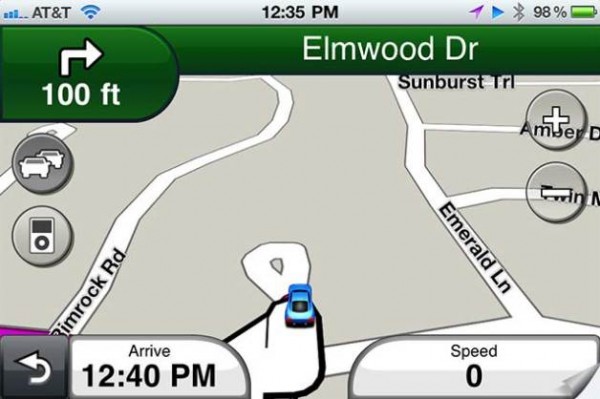 In my testing, this iPhone version offered more information, and sooner than its hardware brandmate, a Garmin Nuvi 1690. In some cases, the iPhone version was slower, but as you can see in the video below, the speed difference was slight, and didn’t matter as much as the iPhone version’s useful tendency of offering additional street names in advance. 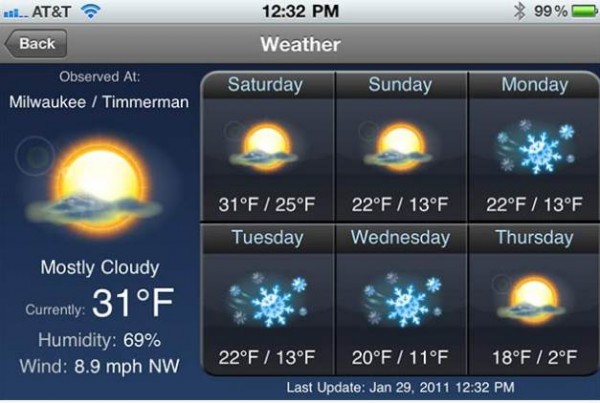 On the left of the navigation screen, there’s a small iPod icon, and when you select it, you can pause your music, skip to the next song, and go to your iPhone’s music player to select different playlists and songs. Unfortunately, it’s not as friendly with Pandora Radio, where if you try to listen to Pandora music, as soon as the voice kicks in, Pandora is gone for good. 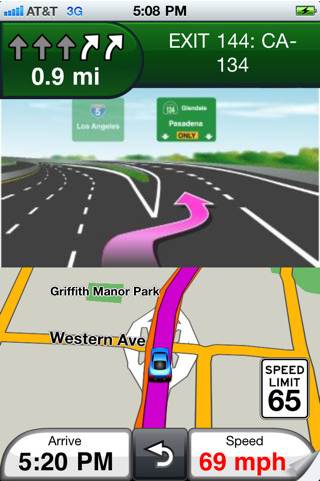 Overall, Garmin has done an admirable job of bringing its elegant user interface to the iPhone. The software’s $40 price is reasonable, especially since it includes live updates of road conditions and the freshest possible maps. However, given the unpredictability of AT&T’s network, taking a long trip with its constantly updating maps might be a problem if you’re traveling through sparsely populated areas. In addition, I’d like to see better integration with Pandora, and higher-quality voices. 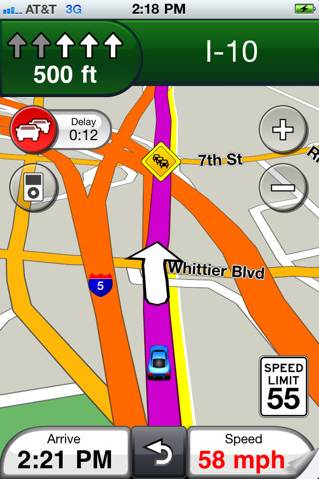 To get an idea of Garmin StreetPilot for iPhone’s performance, take a look at this video where you can see which device won my informal and unscientific competition, and then don’t miss the gallery where I’ve made additional comments and observations. 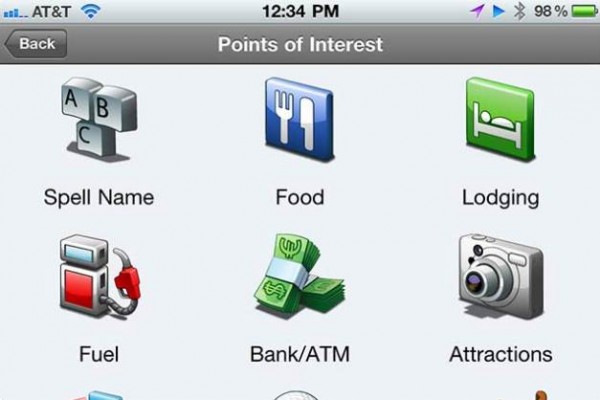