So at the end of this year, on December 1st 2011, the Bing Maps 3D control is being retired. This is rather a shame – I kinda liked being able to visualise geography data from SQL Server on a round earth rather than having to project it onto a flat 2d map. And no more will I be able to enjoy this beautiful vista from the top of Mount Snowdon from the comfort of my own chair: 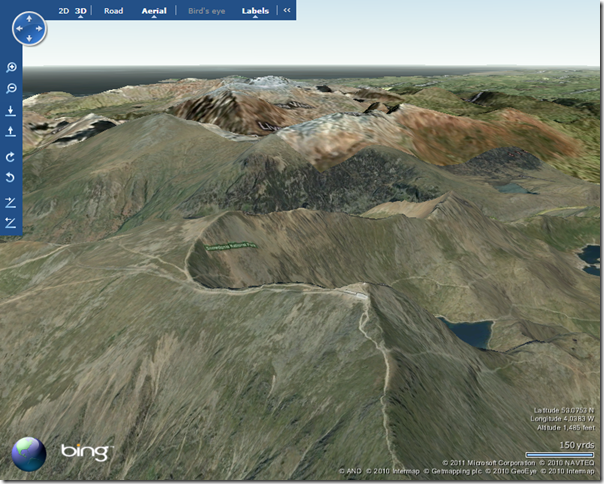 Fortunately, there is an alternative.

Given the recent announcement that Silverlight 5 beta will be released at Mix11, you might think that I’ve got some insider information on a new Silverlight 3d Bing Maps control, but no.

And you can do some pretty cool stuff with HTML5 and CSS 3D transforms (like this Katamari Damacy hack), but that’s not it either.

I’m thinking of something much more modest, requiring only a single cross-platform plugin that almost every user already has installed on their system….

Using some STRM topography data, an image from the Bing Maps imagery service, and a splash of Safe FME, you can create fully zoomable, rotatable terrain models in PDF format. Now, ok, this doesn’t quite provide the ability to navigate the whole world in 3D – it works best for only certain limited areas of geographic interest. But look at the advantages: you can distribute interactive 3d spatial data to anyone with Adobe Acrobat reader installed – no other software required, no special licences needed, no internet connection….

And here’s a screenshot from the Adobe 3D PDF output, showing the Bing Maps imagery for Snowdonia national park in Wales overlaid on a STRM height map model. Download the PDF file and try it yourself. 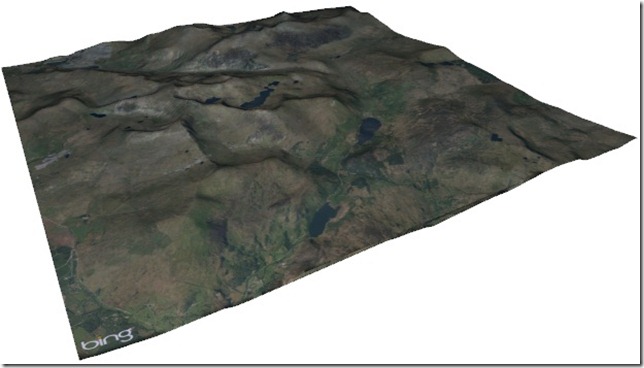 There are several navigation tools in Adobe PDF reader allowing you to pan, rotate, and zoom around the model. There’s even a ‘Fly’ navigation mode that allows you to re-enact the 3D control style of Ricky’ Brundritt’s VE3D flight simulator. 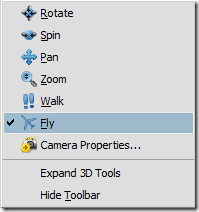 And now I can once again enjoy views like this on my monitor: 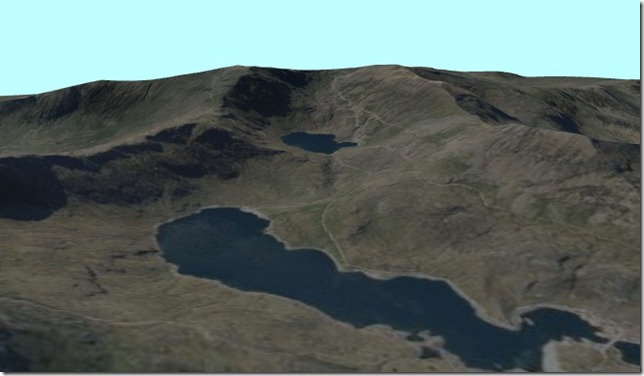 (Note – there is a known bug with Adobe Reader 9.3 that might produce a “3D data parsing error has occurred” message – see http://forums.adobe.com/message/2651682 . This error can be resolved by upgrading to Adobe Reader X.)