As you probably heard, Tropical Cyclone Yasi recently made landfall just south of Cairns, Australia. Residents have had plenty of time to make plans, so hopefully most were able to get out of the path of the storm.

Yesterday, NASA’s Aqua satellite captured an amazing image of the storm, which you can see here: 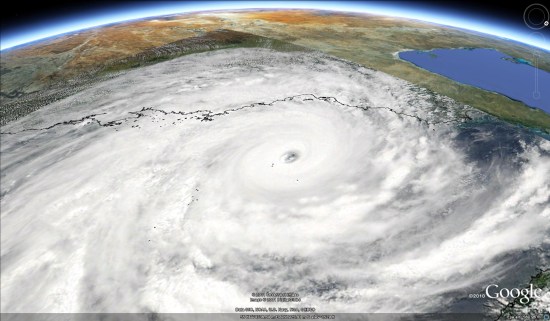 To view that image in Google Earth, simply download this KML file

Another great source of information about the storm was the aus-maps severe weather page. They had a lot of info on the page, and also included special maps such as this one, from which you could pull down the KMZ file

and view it yourself in Google Earth. 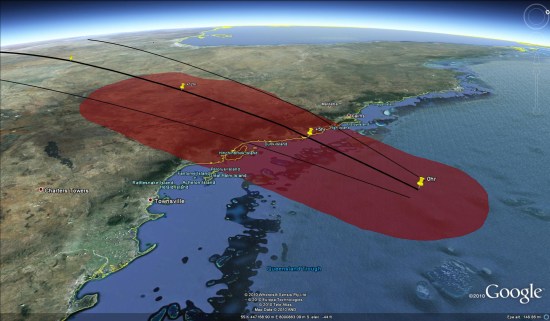 There has also been some very useful threads over in the Google Earth Community, with users sharing information and files as quickly as they became available.

Finally, don’t forget about the Weather Layer that’s built into Google Earth. The forecasts aren’t particularly helpful for a storm like this, but quick access to the satellite imagery for the area is certainly a great feature to have.