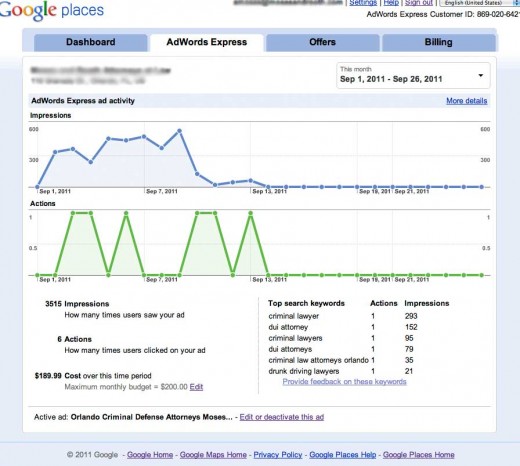 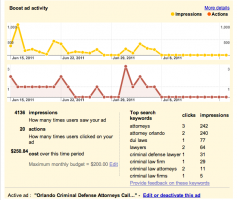 Google’s Boost advertising product was meant to be a dead simple way for a small business that had claimed their Places listing, to place a locally highlighted ad onto the front page of Google. It is simple to get started and in some situations, where the targeting is accurate and the price per click is reasonable, it can be a very effective advertising product. In a  very limited sample size it has worked to the clear benefit of the business about 50% of the times that I have tried it.

But the simplicity of the system hides a deeper complexity in pricing that is sure to confuse and anger most SMBs sooner or later: the bid pricing. These two screen shots tell the tale.

Up until June 15th, this campaign was generating click throughs at a reasonable cost. However somewhere along the line (neither the charts, nor the product interface make this explicit nor discoverable), the cost per click jumped from $4.68 a click to over $20, rapidly running through the budget and it resulted in the ad stop being displayed.

A call to a Boost support person (a 1+ to Google on providing phone support to all SMBs) indicated that “there was probably some external event had caused the bid for the ad to go up rapidly”. A review of the Boost help files made no mention of  the fact that the pricing was bid dependent. In fact there no explanation AT ALL of pricing and how it is determined. Simple all right, too simple by half. 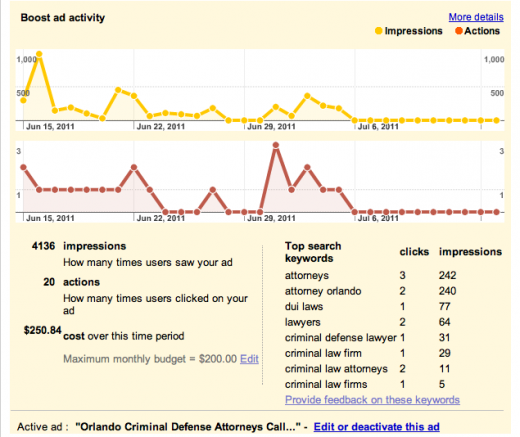 Here is the screen shot of the preceding month for comparison. It is very similar to what the client saw in the account for the previous 3 months: 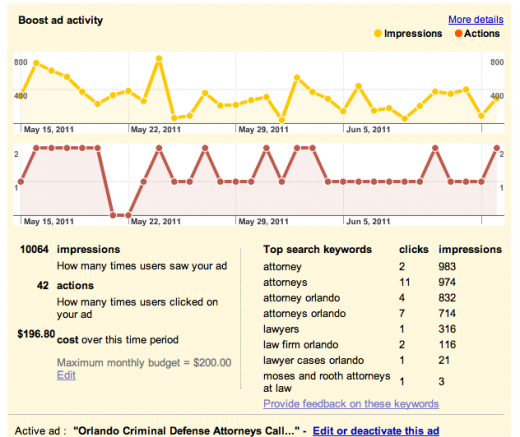 If Boost is to be successful long haul Google needs to be both more transparent and more reliable in their pricing. Otherwise, sooner or later, every SMB that uses the product will shrug in disgust.

Google Boost is now available nationwide. Apparently though it may not be available for all businesses based on the categories of the business. In other words if you are a locksmith, you might not see the option.

Boost is Google’s simplified Adwords tool for Local that can be initiated starting at $50/mo. The product rolled out to 3 cities in late October and 11 additional cities were added in mid November. The product was first seen in testing in October of 2009 and was known at the time as Local Listing Ads. Thus, from initial test to full rollout it has been 16 months.

This interview with Chikai Ohazama, the Director of Product Management for Maps, provides some insight into Google’s thinking on the product.

I am curious of those in markets that have previously had access to Boost, what your experience has been? Have the returns been as good as Adwords? Has the product opened up additional opportunities for you? I am also curious what industries are not being given the option to purchase a Boost ad in their Places Dashboard. 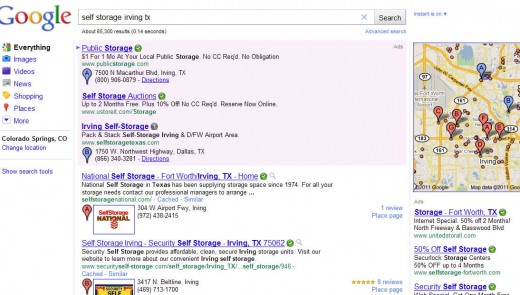