During one of the Map Maker Community team’s recent college campus events in Chicago, we had the pleasure of meeting Phil Swanson, an international studies and business student, who travelled nearly 200 miles to join our mapping event at the University of Chicago.

As soon as we started talking with Phil, his passion for mapping and computers came shining through, so we were excited to learn more about what drives him to add to, edit, and create using Google Map Maker.
According to Phil, it all started with retrofitting an interactive campus map when he was a web developer at the University of Wisconsin, Platteville. There was an existing version that utilized the Google Maps API, which he further developed, resulting in this useful campus map. Phil says about the project, “I love to make simple things for people to use, and I’ve always been interested in maps, so that project definitely created an interest in maps and mapping in general.”

Once Phil realized the positive impact his mapping could have on the university, he continued using Google Map Maker to ensure all of the campus details were correct. He began seeing his edits appear not only in Google Maps, but also on Google Maps for mobile on his phone when he searched maps near the university. “Seeing edits transition from Map Maker to Google Maps on mobile and filling in the details make maps that much more useful for me and the world,” Phil said about mapping his town and the campus. 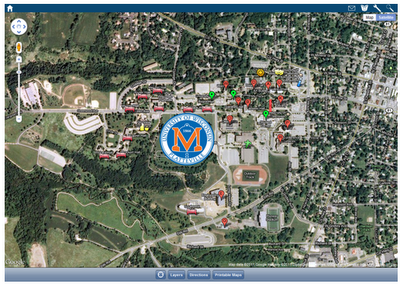 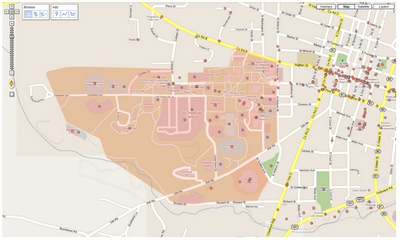 What aspect of the maps does Phil enjoy most? “I love mapping buildings. Seeing the buildings from my University show up on my phone is the best.” Phil has developed a handy system of finding what needs to be fixed on the map, going out with his phone to take pictures, then adding those photos to a web album which he can then include with his edits in Map Maker. “This is especially useful for buildings . . . . It might sound obvious, but I find that my edits are much more likely to get approved if I describe what I’m doing and link to a photo for a more complex edit.” What a helpful technique to use during the review process!

We want to thank Phil for taking the time to hang out with us in Chicago, and also for sharing with us what excites him about mapping. We look forward to seeing more great mapping from Phil, and hope other students are inspired to make the maps of their own colleges and universities more comprehensive and detailed!

For more useful tips like Phil’s, visit the Map Your World Community forum to see what others are doing.