“Let us remember that, as much has been given us, much will be expected from us, and that true homage comes from the heart as well as from the lips, and shows itself in deeds.”

26th president of the United States

Roosevelt was an advocate for “the life of strenuous endeavor.” He was a rancher, captured an outlaw, authored 35 books, served as president of the American Historical Association, led two major scientific expeditions for prominent American museums, served as president of the United States (started as the youngest in history – 42), won the Nobel Peace Prize, and was the father of six children.

After he left the Presidency in 1909, he went on a safari in Africa. When he returned, he ran for President in 1912 as an independent because he lost the Republican nomination. While campaigning, he was shot in the chest by a fanatic and ultimately recovered. His words at the time…

[Cross-posted from the SketchUp blog] 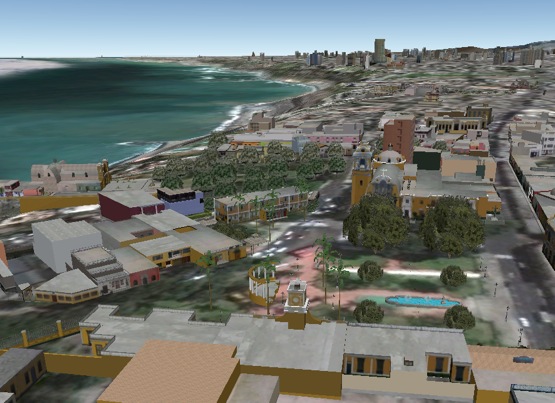 
The Model Your Town Competition is open to just about everyone, just about everywhere in the world. Form a team, model buildings (using SketchUp or Building Maker) and upload them by the end of February 2012.

You can model as many structures as you like – which types of buildings you choose to include is entirely up to you. The important thing is that your choices say something about the character and history of your town.

If your town wins, a bunch of us from the SketchUp team will visit, throw you a dinner party and do our best to make you feel like the local hero that you truly are. Check out the competition website for details, and start rounding up teammates!

Learn more at Your World in 3D, then get started modeling your town!

“I would much rather men should ask and wonder why I have no statue, than why I had one.”

Starting early and going long count. Being prompt matters. The impact on you in terms of how it’s viewed by your executive team, management team, peers, subordinates, prospects, and customers can be tremendous – tremendously positive or tremendously negative.

On time – starting, leaving, or arriving – is simply what’s expected.

To be early and go long sends a message of purpose, commitment, and respect – to others and yourself – and assures better results over time. To be even one minute late, or rarely be challenged ending your day on time, sends a completely different message.

Have an impact on everyone. Enjoy great results.

Embrace the early start and go long. Be SalesTough.