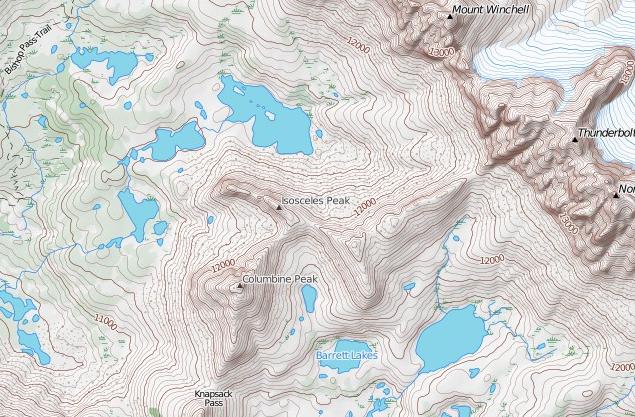 Version 2 of the SPS Map by Closed Contours


The SPS Maps have 248 peaks in the Sierra Nevada range of eastern California (plus Mount Rose in Nevada). The list is maintained by the Sierra Peaks Section, Angeles Chapter, Sierra Club. The map was designed to encompass all of the peaks on the list with a small buffer around them.

Using a Transverse Mercator projection with a central meridian of 120° W, origin latitude of 0°, scale factor of 0.9996, WGS84 ellipsoid, and no false easting or northing. This projection was chosen as a compromise between UTM zones 10 and 11 which unfortunately split the Sierra Nevada vertically right through Lake Tahoe. Here’s the proj.4 string for the projection: