“Probably the best Feature Manipulation Engine [FME] GIS/CAD conversion software you can get.” 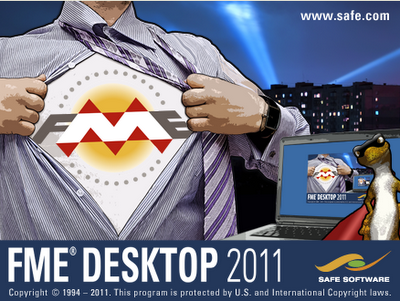 FME 2011 release “story through some numbers”

“All these numbers add up to what we believe is the highest quality, most powerful, and most usable FME ever.”

Driven by User Feedback
FME have been able to implement so many excellent suggestions from users (many of which we received during our user meetings throughout the year) – including:

a) Ability to work with LiDAR and point cloud data
b) Templates to get you started down the right path
c) Convenient SQL Querying
d) Scheduling and a REST API for FME Server
e) A greatly expanded set of Tester predicates
f) Inline data inspection – “workspace debugging” if you like. No more waiting for a translation to finish to see what the results are
g) “Styler” transformers for customizing CAD output
h) More powerful XML support
i) Support for cloud options (Windows Azure, Google Spreadsheet, etc)

This is an excerpt from the MapInfo/Discover webinar series – Advanced Object Creation. This video covers some of the advanced object creation and editing tools useful in creating maps