So, I spent last week in Seattle/Bellevue/Redmond (essentially all part of the same urban sprawl) attending the Microsoft MVP Global Summit 2011. 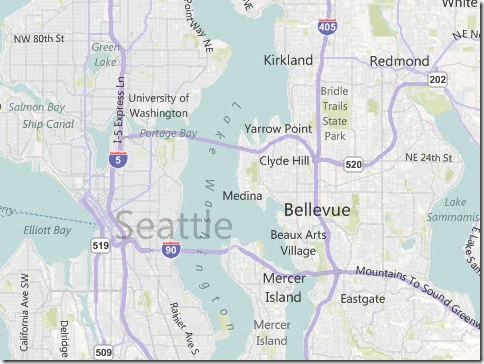 Microsoft’s MVP program has recently received some criticism (see, for example, here and some of the responses here), however, my personal experience of the Summit was brilliant. Whilst I mostly don’t agree with those criticisms, I can certainly agree that the benefit of attending Summit (and the benefit of the MVP program in general) is very much determined by the level of engagement with the product group in which you’re involved. What the MVP program provides is the opportunity to make those connections and involvement with the Microsoft product teams – it doesn’t set it up for you on a plate. The general “large group” sessions and keynote speeches I attended delivered little more than marketing spiels which, if you have any interest in following technology news, probably contained very little information that you didn’t already know. 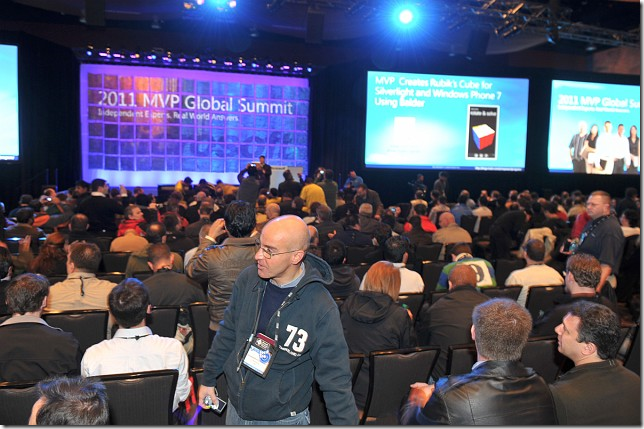 However, where summit excelled was in providing the opportunity for small, intimate meetings with just a handful of MVPs and key Microsoft developers on a particular interest topic.

As far back as late November, all the Bing Maps MVPs including myself agreed that we would attend the Summit – travelling from the UK, France, Australia, Canada, and the US. We then started making contact ourselves with those people who we thought it would be beneficial to meet with. With the assistance of MS people within the Bing Maps team who set up meetings for us, we were able to create a personalised schedule covering two of the days – pretty much tailored just to the eight of us attending.

Not once were we told that somebody was too busy to meet us – senior program managers, MS staff who themselves had to travel from all around the country (not all MS staff are based in Redmond), and dev teams all spared time to chat with us, answer our questions, and share some of the exciting things that are coming up over the next 12 months and beyond (sorry – no details – NDA and all that). I can’t think how I could have had the opportunity to learn some of the things I did at summit any other way.

So, this is my personal thanks to my fellow MVPs and the Microsoft staff involved in the MVP program, and particularly those who took time out from their schedule to meet with us. I certainly valued your time, and I’m sure that the other attendees present did also. And I’m very excited about some of the developments we can look forward to seeing over the next 18 months! As soon as they become publicly-available I’ll be blogging about them here…

The end of the year is always a great time to take a moment and look back at the developments of the past twelve months. Two members of the Google Open Source Programs Office, Chris DiBona and Jeremy Allison, sat down together for a review of open source accomplishments in 2010, and the conversation is shared with you here. Chris is the Open Source Programs Manager at Google, which means he directs Google’s open source compliance, releasing, and outreach efforts. He reveals lots of insights into Google’s approach towards open source and the influence of open source on technology and business.

The video of their discussion is separated into five parts, with descriptions below.

Part 1
Chris and Jeremy discuss their favorite open source projects of 2010, including GoogleCL, Android, Chromium, Chrome OS, and WebM. Together they ponder the future of computing, debating whether or not 2011 will be “the year of the Linux desktop.”

Part 2
Chris explains how Google decides what software to open source and under which licenses. He also mentions tools such as Make Open Easy (MOE) that are used to help engineers release and maintain their code. The topic eventually turns to license defragmentation, and Chris describes his efforts to streamline the number of licenses that Google releases under. In the process he shares his theory about what makes open source projects succeed.

Part 3
Chris and Jeremy talk about Google Summer of Code, its history, and the impact it has on the open source community.

Part 4
Chris and Jeremy are old friends who met in the 90’s at a Silicon Valley Linux Users Group meeting. While reminiscing about the early days of Silicon Valley, they discuss the modern role of user groups, both here and abroad. Chris visited Qatar, Egypt, and Jordan earlier this year, and he compares the tech atmosphere in those countries to Silicon Valley in the late 90’s, with both open source and entrepreneurship developing simultaneously.

Part 5
Chris gives an overview of his career and explains how he came to be the Open Source Programs Manager at Google.