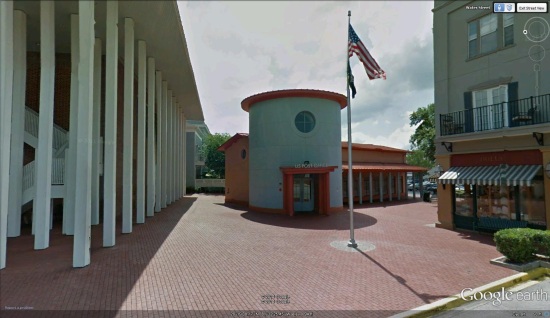 Since being established on Earth Day in 1995, Disney’s Worldwide Conservation Fund has contributed more than $15 million to non-profit organizations around the world in a wide range of environmental conservation efforts. Visitors to Disney parks are able to contribute to this fund in a variety of ways, including opportunities to contribute while visiting “Animal Kingdom” and purchasing reusable shopping bags while on board the Disney Cruise Line.
Teaming up with Concept3D, Disney has just unveiled a Google Earth Plugin-based visualization that allows you to fly around the world to see the places where DWCF is working to protect wildlife. 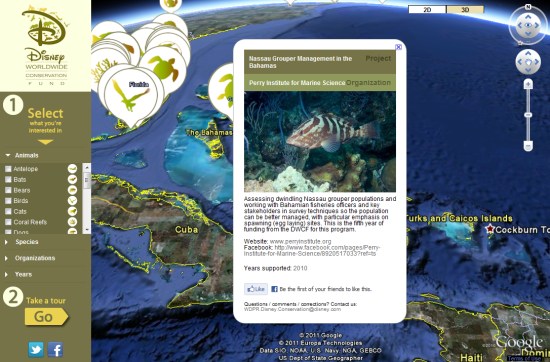 When you click on an item, as seen above, you get a wealth of information including a text summary, photos, videos and links to other sites. They also include various “like” buttons to share items of interest with your friends on Facebook.
You can read more about their new Google Earth feature on the Disney Parks Blog, or try it yourself on their Google Earth Plugin-powered site