It’s been rumored for a while, and we won’t know for sure until this summer, but it appears that Apple is dropping Google Maps from the iPhone and iPad in favor of an in-house solution.

Over the past few years Apple has purchased companies such as Placebase, C3 Technologies and Poly9, and it’s thought that they’ve successfully combined those technologies in a way that works quite well on the iPhone.  The new 3D mode is thought to be coming straight from C3 Technologies, which has a pretty nice system.  Here is a mock-up from 9to5Mac that shows the potential difference between the old and new system: 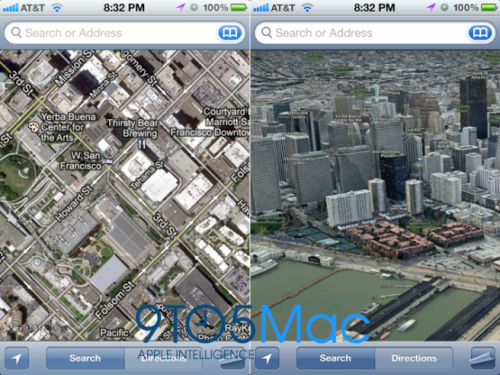 The result of this would be quite interesting.  There is certainly a lot of potential for them to do some great things, and losing the Google Maps integration is likely step when you consider the competition between Android and Apple.