I would like to share with you simple hint – How to use Google Earth as a geocoding tool.
You should have list with addresses and names of the points in Microsoft Exel file. 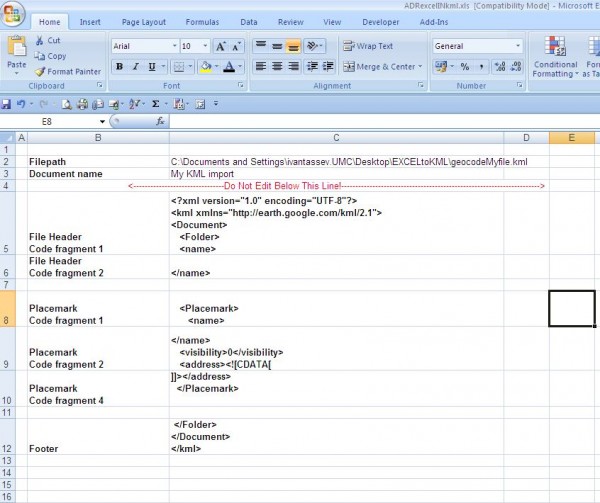 .KML format have couple of structures and one of them is:

So we should take the name of the point and the address and we are putting it in this frame structure.
To do this we have to create simple macro which will create .KML file with the names and the addresses from our Microsoft Excel file.

Open filePath For Output As #1

We are creating two sheets – Sheet “data” – is where we have to paste the names and the addresses
The second Sheet is called “File_Details” and in this sheet we should describe the structure of the .KML file.
We are describing output file name and directory also.
The macro will Loop thru the record set from “Data” Sheet and it should Save data as .KML file.
When you open the file with Google Earth it will start geocoding. For approximately 2500 POI – raw addresses with removed fullstops it took 30 minutes to geocode
1875 POI’s 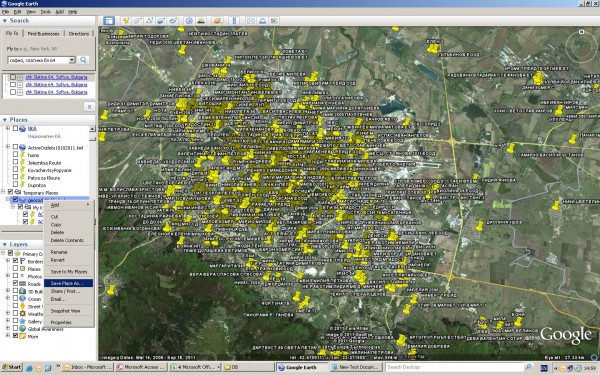 To get the geocoded data you have save your file as .KML from Google Earth in specific directory.
After that you opening saved file with Microsoft Excel.
Microsoft Excel will ask you to open this file as an .xml table(picture)

And opening the file you should see something like: 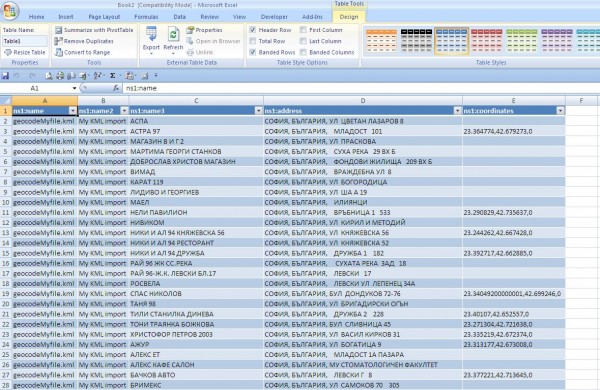 Copy POI and coordinates and bring them back in Microsoft Excel by “Paste special as value”.

It was just last September that we were discussing the earthquake that struck Christchurch, New Zealand, and now they’ve been hit by another powerful quake.

As you might expect, and as reported by Google Maps Mania, there are already a variety of resources available to assist those in the area.

The easiest is the Google Person Finder for Christchurch, to help track down anyone that has been affected by the earthquake. You can use the site if you’re looking for someone, or if you know the condition of someone that others may be looking for. As of now, the site already has nearly 5000 records.

Along those lines, I’m very happy to report that Frank is doing well. Him and Karen were in Christchurch when the quake struck, and while they saw a lot of damage around them, they are unharmed. You can read about it on the Tahina Expedition blog, which includes some photos he has just taken in Christchurch. Another great resource for the quake is this very useful Ushahidi-powered site, which provides information about hospitals, road conditions, hazard zones and other related information. It’s an excellent resource to have available if you’re on the ground in the area.

Finally, I encourage you to check out the Christchurch Quake Map, which shows all of the quakes and aftershocks in the area for the past year (nearly 5,000 of them). You can filter the map to show only the 55 quakes that have struck in the past 24 hours. If you’re aware of any other great resources, please leave a comment and we’ll update this post as needed.