Dr. Andrew Shears is an Assistant Professor of Geography at the University of Wisconsin – Fox Valley, and this past semester he led a great project in his GEO 106 class – modeling the entire campus!

He first divided the campus into five sections for his 20 students to tackle, then set them to work. The end result is an excellent model of the campus that all of us will get to enjoy: 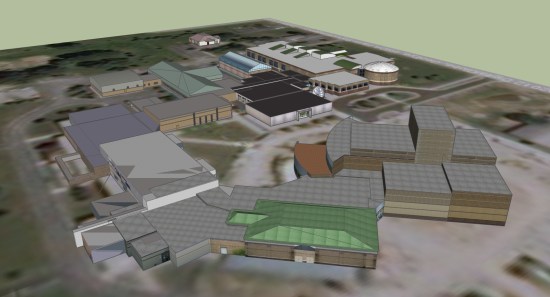 The models have been submitted to Google for approval, though they aren’t yet showing up in the base layer of 3D Buildings in Google Earth. I’d expect to see them arrive in the next week or two.

Dr. Shears has written a very detailed blog entry that walks you through every aspect of the modeling process. It looks like it was a great class, the students learned a lot, and the resulting model is something that they can all be proud of!

We displayed a set of ways imported from Open Street Map in SQL Server Management Studio. It looked like this:

Now, as I stated previously, OSM ways don’t equate to roads. Ways can be any arbitrary series of nodes, so although at first glance it may appear to be so, the map above does not represent a roadmap. A single way may represent several roads, or only a single segment of one road. Many ways are nothing to do with roads at all – they may be rivers, or railway lines. Ways may also denote the boundaries of an area, such as a county, a park, or a building.

To create a dataset of OSM roads (or footpaths, tracks etc.) suitable for routefinding or display in a road map, it is necessary to retrieve only those ways that contain a tag element with a k attribute of “highway”. The corresponding v attribute describes the type of highway. Examples of possible values include:

Note that this list isn’t exhaustive – the design of the OSM schema means that editors can tag ways or nodes with any values, but this is a list of some of the commonly-used tags.

There are many reasons why you might want to categorise each of these highway types separately.

As a simple example, to style the Spatial Results tab view of my OSM map to show different categories of roads with different thicknesses I created a table to attach a weight to each highway type, as follows:

Then, I edited my SELECT query to only display rows from my Ways table that were tagged with one of my chosen highway types, and buffered the geography LineString representing each road by the corresponding weight from the RoadWeights table:

Even when viewed in the SSMS Spatial Results tab, the map already becomes much cleaner than the result shown at the top of this post – with the Norwich inner ring road and its primary arterial roads now clearly visible (and also, the train tracks coming into the railway station on the south east of the city are no longer shown) 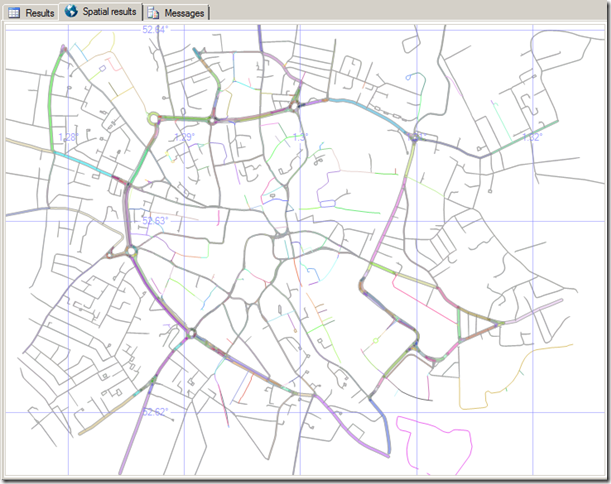 Clearly you wouldn’t normally optimise your dataset just for the purposes of display in the SSMS spatial results tab, but you can apply this same technique to attach any other properties that correspond to the type of road – the average road speed limit, accessibility, or styling options that should be passed to a front-end display, for example. 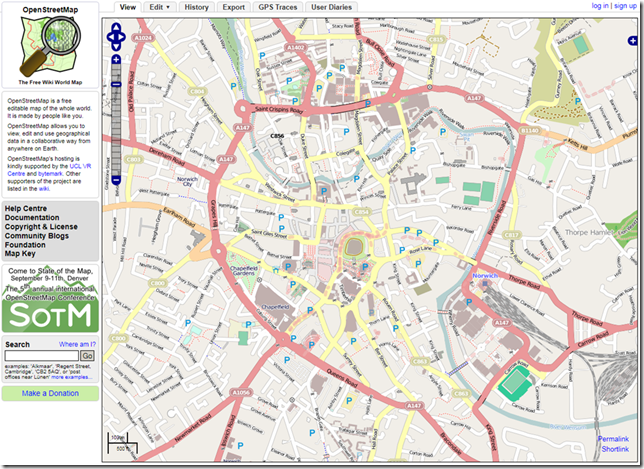 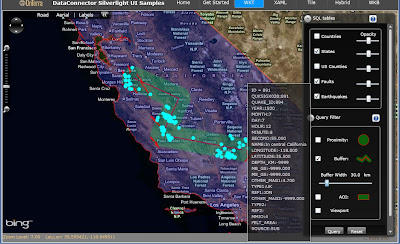 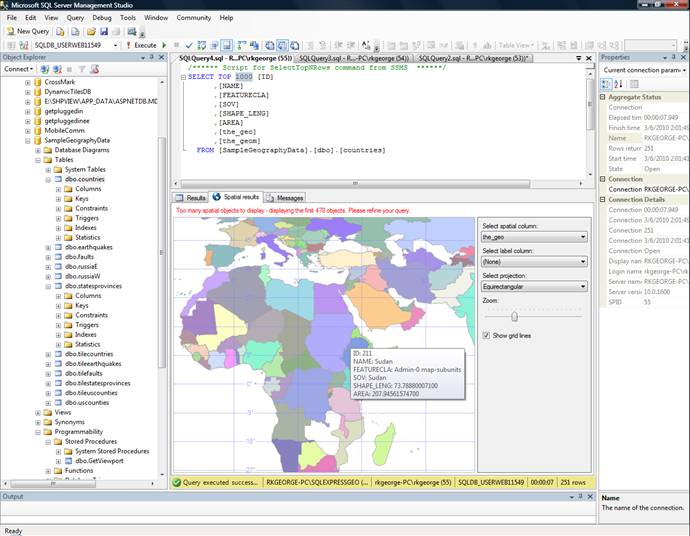 Additional data resources are easily added to SQL Server. The import utility used for this project was FME Translator from Safe Software.
http://www.safe.com

The data was imported as spatial type geometry and then corrected as required to make valid before updating to an additional geography spatial column. EPSG:4326 is the SRID used for all tables and constraints were added to enforce this srid. The end result is two spatial columns, “the geo” as geography, and “the geom” as geometry. Once imported the data was modified to include an “ID” column suitable for use as a primary key necessary for spatial indexing. For the sake of uniformity each table was also modified as necessary to provide a ‘NAME’ column. For the thematic polygon example an ‘AREA’ column was added to each of the polygon tables. Finally, spatial indices were added to the geography and the geometry columns.

There are lots of examples and blogs that explore Silverlight Mapping as well as resources for SQL Server Spatial. However, the WCF middle tier is not as well represented, which is the reason for publishing this project. The DataConnectorUI2 example Silverlight UI is a Navigation Project with examples of connecting to each of the sample WCF Services.