“I was living in a dark room full of stuff and Google turned the lights on for me”, one participant said. Some 97% of those who attended G-days last year in Cairo, Egypt and Amman, Jordan expressed similar sentiments.

Building on this success, Google will host another G-day event in Saudi Arabia, dubbed “G-Saudi Arabia“, which will take place on March 19th and 20th. Google engineers will be on hand to give lectures and meet informally. The first day will be dedicated to academics and developers, both novice and advanced ; the second day targets entrepreneurs and professionals who want to learn about AdWords, Google Apps and other projects. Since space is limited, please apply now.

Since holding G-Egypt and G-Jordan, we’ve analyzed the feedback from participants to improve the upcoming events. We received more than 3,000 comments. Here is a representative sampling:

The negative feedback also were appreciated. Some said we need to slow up coding sessions and give more concrete examples. Some want additional technical content. Others suggested separating beginners from advanced developers. And others asked for longer breaks to mingle. We’ll put these suggestions into the upcoming G-Saudi Arabia agenda.

In order to encourage Saudis to participate, take a look at a selection of the pictures from our Egyptian and Jordanian events. Keep sending the comments and above all keep sending any cool applications you develop on Google technologies. We look forward to resuming our dialogue with Arab developers and entrepreneurs. 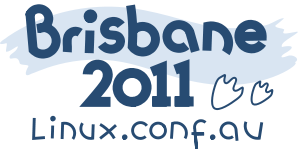