As part of our effort to evolve the Google design and experience, we’ve improved the www.google.com search experience on tablets. We’ve simplified the layout of search results pages and increased the size of page contents like text, buttons and other touch targets to make it faster and easier to browse and interact with search results in portrait or landscape view.

The search button located below the search box provides quick access to specific types of results like Images, Videos, Places, Shopping and more. Just tap to open the search menu and select an option to see results in one category. 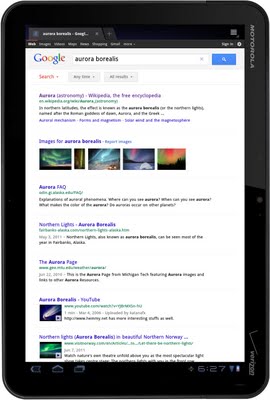 For image results, we focused on improvements that enhance the viewing experience such as enlarged image previews, continuous scroll, and faster loading of image thumbnails. 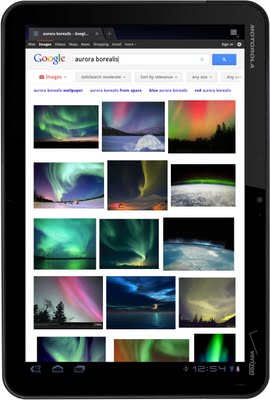 This improved search experience is rolling out in the coming days to iPad and Android 3.1+ tablets across 36 languages. Give it a try by going to www.google.com in your tablet’s browser.

Get more out of Google Maps with their improved places pages. We’ve got details on this cool new feature that will have you loving Google Maps even more! 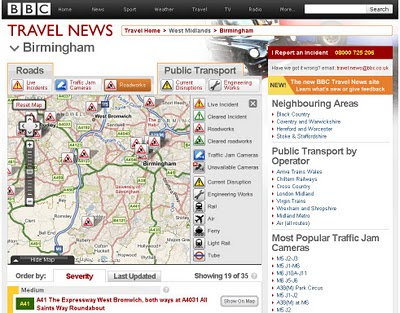 Why a new version of BBC Travel News:

“Firstly, to update the design to take advantage of the BBC’s wider page layout, introduce maps across the site for the first time, and make some basic improvements to the presentation of our information
Secondly, to improve the data-handling processes behind the scenes, to allow us to separate the data into more useful groups, and reduce the time it takes for the data to reach you
Thirdly, to integrate traffic jam cameras (where available) into the main BBC Travel News website alongside our incident data”