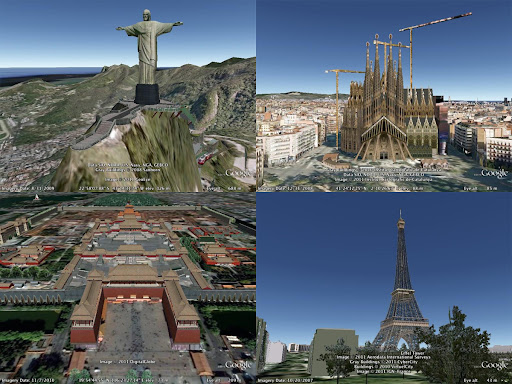 User generated models from around the worldBesides being fun, building your town in 3D is a great way to show civic pride, encourage tourism for your town, and promote your business. 3D modeling has also been used in crisis response situations as we saw in the grassroots modeling effort that happened after the earthquake in L’Aquila, Italy. 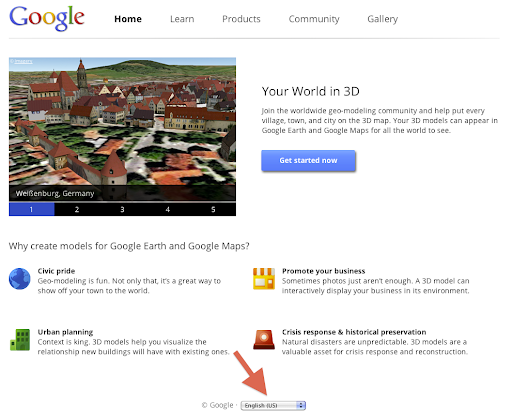 To see the site in another language, use the drop-down menu in the bottom of any pageYour World in 3D has all the tools you’ll need to start geo-modeling and features several examples of what fellow modeling. By releasing Your World in 3D in more languages, we hope that you and your friends from around the globe will join us to help build the most comprehensive 3D virtual mirror of planet Earth.

When Google Earth 6 was released late last year, it brought with it the oft-requested feature of 3D trees. However, since that time, Google has only added a few additional sets of trees to Google Earth. The most notable was the substantial addition in London in preparation for the Royal Wedding.

Now Google has added trees in quite a few more cities including New York, Philadelphia, Boston, London and various cities in the California Bay Area. New York and London already had 3D tree coverage, so we can assume their coverage areas have been expanded with this latest release.

3D tree coverage makes an enormous difference in the realism of a particular area. As we said when they first unveiled this feature, it’s something we’ve been waiting a long time for and we’re glad they did such a fine job of building it. Now if we can just get some more trees added (Atlanta, please?), things will be even better!

To see them for yourself, simply open up Google Earth and fly to one of the cities listed above. Be sure that the “Trees” layer is checked under “3D Buildings” in the main “Layers” section on the left side of your Google Earth window.

So last week Google threw down a huge hand in the bid to be the dominate mobile navigation company.  Heck I can’t even remember who else has mobile navigation devices besides them anymore (though that might be the eggnog talking).  It looks like Apple is going to give it a go for their iOS devices.

Apple seeks job candidates with “valuable knowledge” related to the development of navigation software, as well as “deep knowledge of Computational Geometry or Graph Theory.” Candidates are required to have at least 3 years’ experience of developing “high quality, robust software systems.”

In typical Apple fashion, they describe the work this way:

“We want to do this in a seamless, highly interactive and enjoyable way,” that job listing read. “We’ve only just started.”

Apple navigation seems like a natural progression for their hosted web services.  I doubt Apple will ever do their own search as there really isn’t any way to improve on Google (Bing is trying, but really who wants to Bing anything?).  Navigation though is a space that I’m sure Apple thinks they can do some really amazing stuff.  Navigation devices are clunky and difficult to use.  A little of the Apple design magic might lift all boats (and by all boats I mean only Apple and Google). 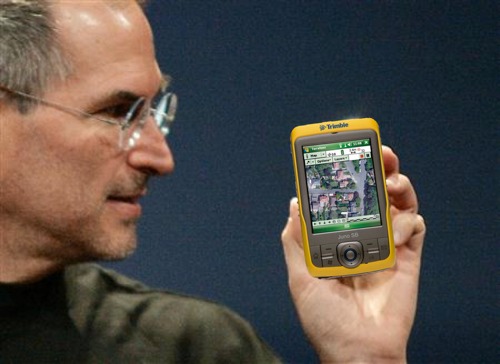 Well this isn’t likely, but still….