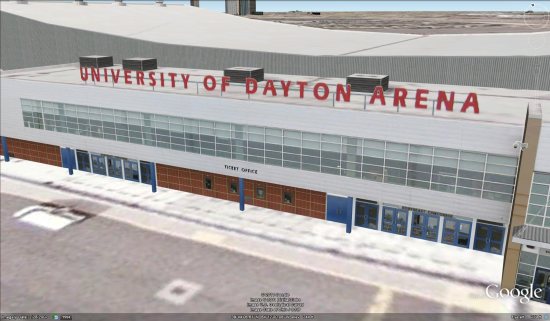 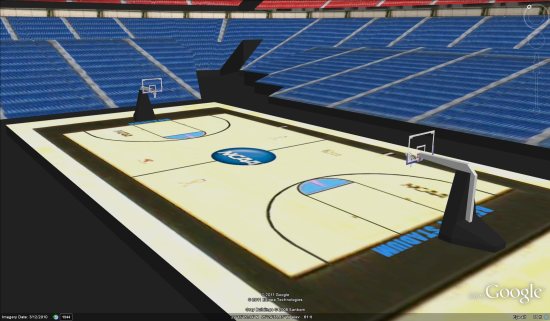 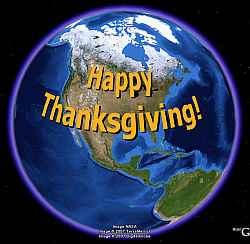 Tomorrow is Thanksgiving Day in the US, and I had planned to be up in Michigan hanging out with relatives, but we’re staying home in Atlanta with a few sick little girls. Tomorrow morning I was going to run the Turkey Trot 10K in Detroit, which would have been pretty cool. You can view the route in Google Earth (KML

Instead, I’ll be taking it easy and enjoying time with family, eating the big meal, and watching the Lions lose.

A few years ago, Frank created the world’s largest Thanksgiving greeting card. You can check it out

in Google Earth. Feel free to share the link with your friends or family. (By the way, if you look closely, you’ll see a placemark with a turkey icon. Check out the placemark for a little Thanksgiving trivia.)