Google Earth had another fantastic year in 2010 in terms of new features along with an amazing amount of content! The amount of new content Google has added in a single year is almost too large to comprehend. We wish we had detailed statistics on just how big it is, but Google doesn’t usually release their content statistics. New imagery released during the year covered millions of square miles across all seven continents. And, not just current imagery, but in some cases multiple instances for different years going back several decades.

Also in 2010 we saw the release of Google Earth 6 and it’s many great new features, tons of new 3D buildings released covering nearly every major city in the world, Street View was greatly expanded world-wide, SketchUp got some excellent new features, and dozens of applications using the Google Earth plugin were released.

Read the full entry to see our most popular posts and tips on Google Earth from each month in 2010.

So mapping and routing on mobile devices was cute and sort of fun. Heck some people even made a game out of it. Then this happened…

These new features are just the first steps in maximizing dynamic map drawing technology to create a faster, more interactive experience where efficiency really matters: mobile devices. For example, we estimate that viewing maps now requires almost 70% less mobile network data overall than before. We can’t wait to take the next steps in making Google Maps faster, more reliable and even more useful no matter where you take it. 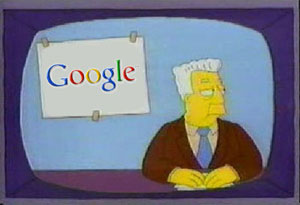 I, for one, welcome our new Google overlords. I’d like to remind them that as a trusted Geo-personality I could be helpful in rounding up others to toil in their underground data sweatshops!

An informative and entertaining introduction to new features of Google Maps for mobile: Street View and walking directions