A few months ago, we launched our new map style which provides a unique backdrop for information delivery and helps content “pop” on the map, allowing people to find what they are looking for more quickly.

The initial feedback was positive but we were given great constructive feedback – users appreciated the new style’s uniqueness and loved the clean, calm look; but, some felt it made aspects of our maps more difficult to read. Specifically, users were interested in:

1. City density – how many cities appear at each zoom level?
2. Street differentiation – can viewers tell which city streets are major and minor?
3. Color contrast – are different map components easily distinguishable?

We’ve updated our map style to reflect user feedback so it’s even easier for people to find where to go, how to get there, and what to expect along the way. Key changes are:

Pictures are worth thousands of words though, so let’s jump into screenshots (or just head straight to Bing Maps to explore). It is difficult to distinguish the differences in these lower-resolution screenshots, so please click on the screenshots or text links to view the full-size pictures

When we announced the availability of Hotpot last month, we knew from the beginning we were going to take a different approach to marketing the product and engaging with our users, both businesses and consumers.
To that end, we’re excited today to start testing this new approach by launching our first local marketing campaign in Portland, Oregon. Portland is a tech savvy, forward-thinking city with a history of innovation and some of the best coffee houses, microbreweries and parks in the country. Whether you know it as The City of Roses, Stumptown, P-Town, Rip City or just PDX, Portland’s thriving local business community and strong heritage of being a trailblazer made it a great choice for us to try something new.
So starting today and over the course of the next few months, we’ll be out and about in Portland. Here’s a taste of what’s in store:
Business Kits and Window Decals 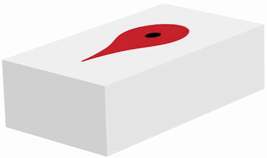 Every day millions of people search on Google.com to find local businesses, and we want to make it seamless for standout businesses to get discovered online. To achieve this, we’ll be working directly with some of Portland’s top businesses to educate them about Google Places for business and all its benefits. In addition, to help these businesses spread the word, we’re providing owners with special Google Places Business Kits. These kits are a multi-flavored sampler of marketing materials that can help businesses get even more exposure, get them rated and reviewed online, and get more customers through their door. We’re already distributing these to some of Portland’s top businesses, but any business in Portland who has claimed their Place page can request a box. 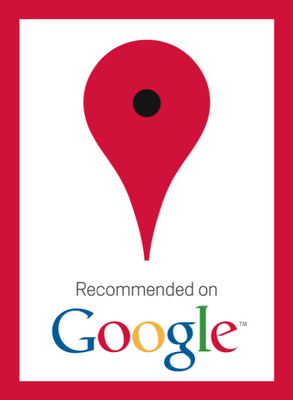 A central part of the kit is the bright red “Recommended on Google” window sticker. This is not your ordinary sticker. Unlike others, this is an interactive sticker that has Near Field Communications (NFC) technology built right in, allowing people with cutting edge phones like the Nexus S to simply touch their phones to the sticker to find out more information about the business. Suddenly stickers are cool again!
Community Events 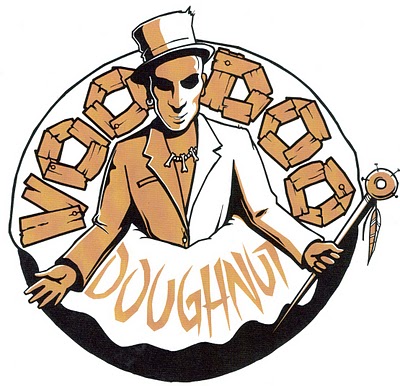 Sure, Hotpot’s about sharing recommendations with friends online. But we thought it’d be fun to take things offline. To kick things off, we’re partnering with Portland’s beloved Voodoo Doughnut. Because we at Google are such big fans of their tasty treats, we wanted to spread the love — so if you like doughnuts and coffee, be sure to stop by both locations starting this Saturday at 10am for a special treat.
Hotpot Jackpot 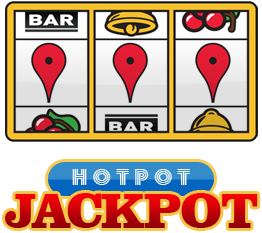 We’re also launching our second Hotpot Jackpot competition to encourage Portlanders to start rating the places they know and share them with friends and family. Everyone over the age of 18 who lives within a 50-mile radius of Portland can participate, and the top five raters at the end of the competition will win dinner for 10 at any restaurant in Portland, courtesy of Google. To kick things off, all of the fans at tonight’s Trail Blazers vs. Magic game will receive t-shirts announcing the competition and supporting the Blazers.
This is just the beginning and we’ll be doing a lot more in the upcoming months. For the latest and greatest of what we’re up to in Portland (and elsewhere), keep an eye out by staying up to date via the Hotpot Blog, and by following us on Twitter and liking us on Facebook.
Posted by Bernardo Hernandez, Director of Emerging Marketing