This story comes from Chip, a pilot who recently upgraded the panel in his Cessna 172. The plane was equipped with a Garmin GNS 430, a Garmin GMA 340 audio panel and a Garmin GTX 327 transponder. Chip said that this equipment has worked perfectly for him for 11 years, but that he decided now was the time to upgrade to glass. He got rid of his 6-pack and replaced it with a Garmin G500 glass flight display with Synthetic Vision Technology (SVT). “The synthetic vision is great, and neat, and it’s on the money when you are approaching the runway,” he said. He also loves the georeferenced approach charts on the G500. But Chip didn’t stop there. He upgraded his GNS 430, transponder and audio panel to the all-new GTN 750 touchscreen avionics with remote transponder and remote audio processor. “The products are amazing and very user friendly,” he said. “I think Garmin has an outstanding product…and Garmin’s tech support worked well with our installer with any technical issues that we encountered.” The custom installation was completed by HTS Avionics out of Martin State Airport.

Check out these “before” and “after” photos! We love to see the transformation that takes place in a panel when it’s converted from steam gagues to glass, and we want to see your panel transformation, too. Submit your photos online or post them to our Facebook page! And to check out photos of other Garmin-equipped aircraft, visit our photo gallery.

Google are announcing Android 4.0.3, an incremental release of the Android 4.0 (Ice Cream Sandwich) platform. The new release includes a variety of optimizations and bug fixes for phones and tablets, as well as a small number of new APIs for developers. The new API level is 15.

Social stream API in Contacts provider: Applications that use social stream data such as status updates and check-ins can now sync that data with each of the user’s contacts, providing items in a stream along with photos for each. This new API lets apps show users what the people they know are doing or saying, in addition to their photos and contact information.

For a complete overview of what’s new in the platform, see the Android 4.0.3 API Overview.

Going forward, we’ll be focusing our partners on Android 4.0.3 as the base version of Ice Cream Sandwich. The new platform will be rolling out to production phones and tablets in the weeks ahead, so we strongly encourage you to test your applications on Android 4.0.3 as soon as possible.

We would also like to remind developers that we recently released new version of the SDK Tools (r16) and of the Eclipse plug-in (ADT 16.0.1). We have also updated the NDK to r7.

Visit the Android Developers site for more information about Android 4.0.3 and other platform versions. To get started developing or testing on the new platform, you can download it into your SDK using the Android SDK Manager. 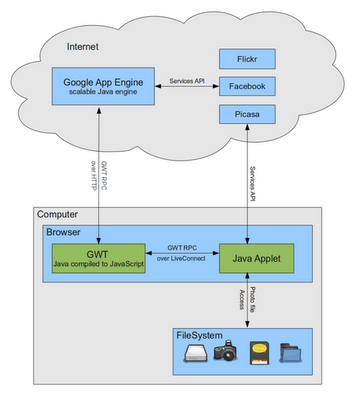