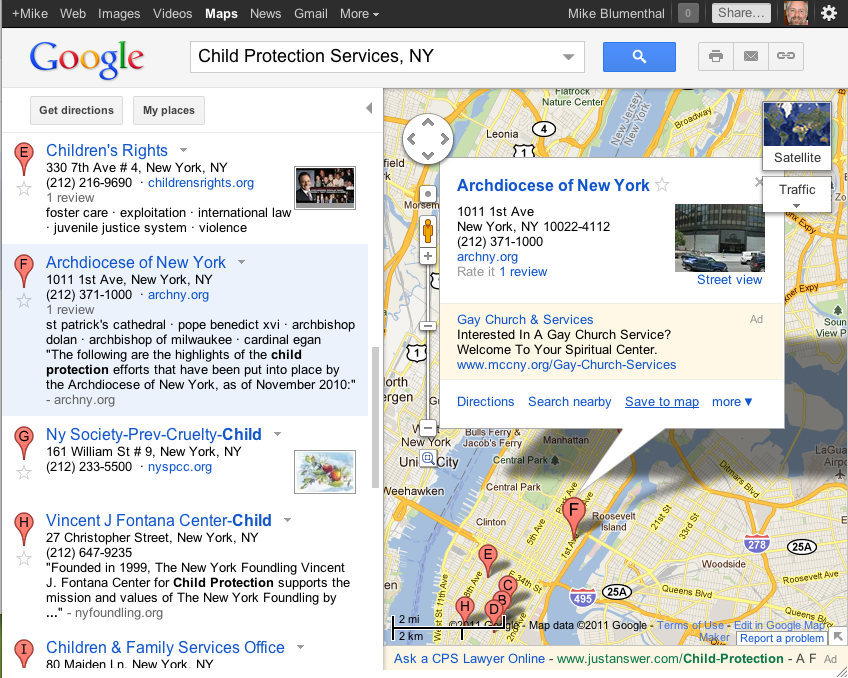 Our goal to create a digital representation of the real world doesn’t just mean a birds’ eye view through Google Earth, or a street-level view through Google Maps. It means providing a local view as well, and tools like Google Places help people across the globe learn about and connect with the places and businesses in their immediate areas.

We use a variety of authoritative sources to give users relevant local information about places that might interest them, including data from partners, users, and directly from business owners who verify their organic listings via Google Places for business. In addition, we always want to know about changes to a business that should be reflected on our local search products. That’s why we have the “Report a problem” tool on Google Maps, and also enable users to click on the “Edit this place” link at the top of the Place page to provide updates to a business listing.

And while some business owners may have previously verified their organic listing to ensure that their company information was correct at that particular moment in time, we recognize that amidst all the work that goes into running a successful enterprise, remembering to update their Google Places account may not always be top of mind. Oftentimes, a neighborhood local or a loyal customer is eager to help their favorite business update its online presence when it moves into a bigger space across the street, or extends its hours for the summer season.

That’s why today, we’re introducing a new process that helps streamline the way updates are made to potentially outdated or incorrect business listings. Previously, verified business listings would always reflect the information provided by its owner – even if we received data about an updated name, address, or hours of operation. But now, if a user provides new information about a business they know — or if our system identifies information from another source on the web that may be more recent than the data the business owner provided via Google Places — the organic listing will automatically be updated and the business owner will be sent an email notification about the change. Without requiring any effort on the part of the business owner, we’ll take measures to keep their listing up-to-date if our system determines that the edit is accurate. Of course, if the business owner disagrees or has even more recent information, they can always directly log in to their Google Places account and make further edits.

Online ads from business owners using our AdWords or AdWords Express programs will not be affected by these automatic updates. Ads will continue to display the business information the owner has provided in Google Places.

We hope these new features help users find the most accurate local information available, and make it even easier for business owners to manage their online presence. If you’re a business owner with additional questions about your specific listing, please consult the Google Places for business Help Center

“Mobile Place Maps are a quick and convenient method of providing a place map, plus the route to get there.” 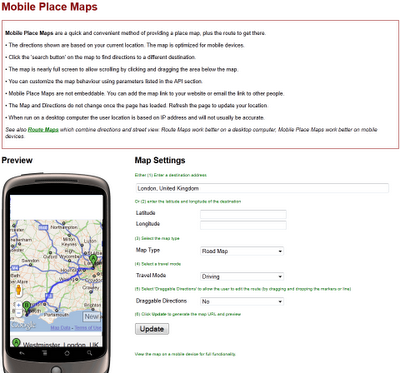 The successful Map Channels has been updated once again with some more useful tools.

“Map Channels lets users easily embed maps into websites and blogs. A number of tools are available to create maps from KML, GeoRSS or spreadsheet map data. A range of features and options let you customize the map appearance to meet a range of mapping needs. “ 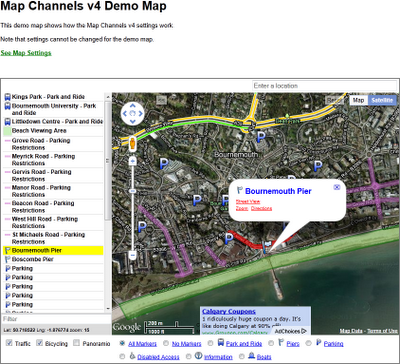 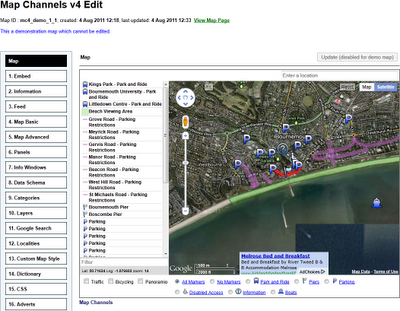 View the v4 Demo Map (as above)