There are a lot of amazing sites around the world, and thanks to Google’s various technologies such as Street View and Google Earth they’re easier to explore than ever. Google has now taken 132 historic sites from around the world and put them together into a single showcase called the World Wonders Project. 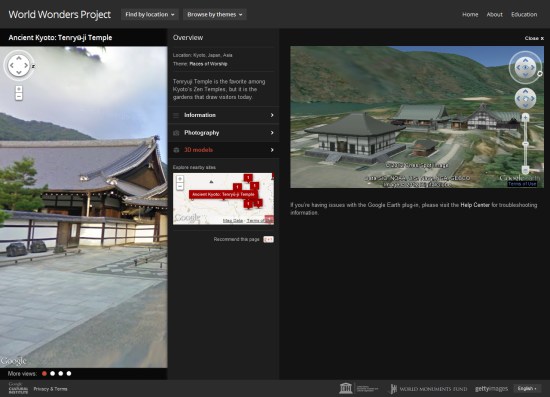 The project covers major sites that we all know about, such as Stonehenge and Pompeii, and also covers lesser-known sites that are quite amazing, such as the Historic Villages of Shirakawa-go and Gokayama. This video shows a bit more about how it works:

The sites all include Street View imagery (much of which was captured using a Street View Trike), photos, videos, and 3D models in Google Earth.