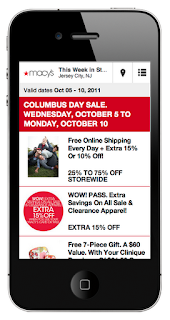 It’s been only two short weeks since Google I/O 2011! There was fantastic energy at the event, and developers had their choice of over 100+ sessions on topics ranging from Google Apps to Android to App Engine to HTML5 to Cloud Robotics.


Here are the highlights from the Google Apps track:

In the Google Apps track, we had 8 sessions on a variety of topics of interest to Google Apps Marketplace developers, systems integrators and customers alike. All of the sessions are available in HD on YouTube and we’ve also posted many of the session slides and notes.

We had 24 fantastic companies in our Developer Sandbox this year, showcasing the applications they built for the Google Apps Marketplace and the services they provide Google Apps customers as system integrators or VARs. We were excited to see many of the companies talking about new integrations they have recently built with Google Apps.

The official After Hours event celebrated technical and artistic innovation and included robots, games and transforming vehicles in addition to a live performance from Jane’s Addiction. Many Google teams and companies attending I/O also threw plenty of great parties at nearby bars and restaurants.

We’re always working hard to enhance the Chrome browser with bug fixes, new defenses and new features. The release of Chrome 10 is no different, and there are some items worth highlighting:
Chrome 10: Flash sandboxing
With Chrome 10, our first cut of the previously announced Flash sandboxing initiative is now enabled by default for the Windows platform on Vista and newer. Additionally, because we automatically update Flash to the latest and most secure version, this should provide useful defense in depth.
Chrome 10: Out-of-date plug-in warnings
As we previously mentioned, we believe that some of the most significant opportunities to increase user security revolve around plugins. We’ve made a number of improvements in this area, including actively encouraging users to update their plug-ins to the most secure version. Chrome now detects when a plug-in is out of date and blocks it with a simple infobar. This infobar helps guide the user towards updating their plug-in with the latest security fixes.

Chrome 10: Plug-in blocking enhancements
Some of our more advanced users prefer fine-grained control over which plug-ins they wish to run — which can have security and privacy benefits. Chrome has long had a feature which blocks plug-ins by default (Wrench menu -> Preferences -> Under the hood -> Content Settings -> Plug-ins). We’ve improved this feature by adding a context menu to the blocked plug-in placeholder. This menu lets users control which plug-ins do and do not run. Using a context menu helps prevent clickjacking attacks that try to bypass the block. Plug-in placeholders can also be hidden (for example, if they are floating over and obscuring real content), and the actual plug-in that wishes to run is made apparent.

Chromium Security Rewards program still going strong
We mentioned in passing in the 9.0.597.107 release notes that our rewards program has passed $100,000 of rewards. We’d like to re-iterate our thanks to all the named researchers in our Hall of Fame. We’re continually delighted with the stream of interesting and clever bugs that we receive, so it will be exciting to see what the rest of 2011 brings. Remember, we love giving out money!
Still hiring!
We are always looking to expand the Google Chrome Security Team, and we’re looking for a wide range of talents. We can promise exciting and varied work, working to protect hundreds of millions of users and working alongside the best in the industry. Why not have a look at our job posting?