Wouldn’t it be nice to just drag and drop a Custom Search box onto a website?

WebSite Tonight is a do-it-yourself service that lets users create, design, update and publish websites without requiring any knowledge of HTML. The product offers 1,500+ design templates and enables users to very easily add widgets to their web pages. WebSite Tonight was named for its ease of use – users can create a website as quickly as one night.

Step 2: Select a predefined search theme to match the style of your website 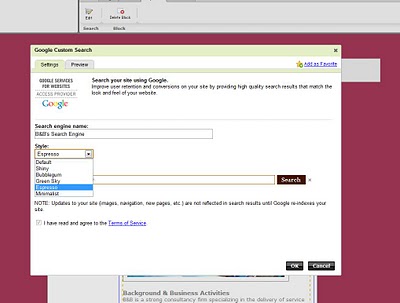 Step 3: Drag and drop the Google Custom Search box to the desired location on your website 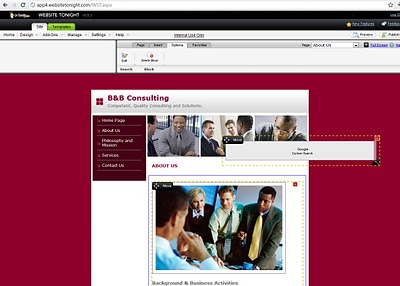 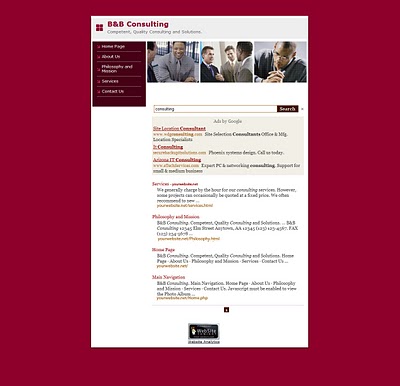 Go Daddy also integrates with Google Webmaster Tools as part of the Google Services for Websites program. As Go Daddy automatically submits Sitemaps to Google, changes to websites are quickly discovered and indexed by Google’s crawlers, thereby improving search quality on both the individual website as well as Google.com.

Ease of use plus better performance — we like that combination. We hope you also like the concept of drag and drop search. As always, we’d love to hear your feedback.