Google has just pushed out more 3D buildings for Rome, Italy, and the result is a stunningly realistic 3D city. For a great example, here is St. Peter’s Basilica and Piazza in Vatican City: 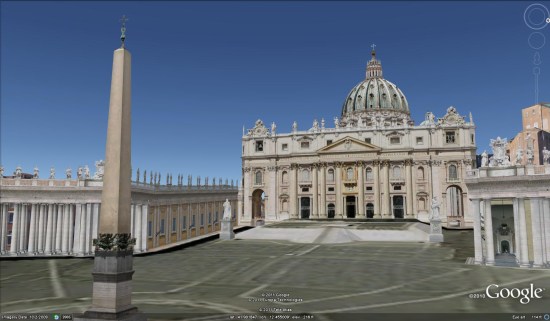 You can also view historical landmarks such as the Colosseum, which is another amazingly detailed 3D model:

To see the buildings for yourself, simply search for “Rome, Italy” in Google Earth and make sure that you have the 3D Buildings layer turned on. You can also use this KML tour

that Google has created to show off some of the best landmarks.

When Google Earth 6 was released late last year, it brought with it the oft-requested feature of 3D trees. However, since that time, Google has only added a few additional sets of trees to Google Earth. The most notable was the substantial addition in London in preparation for the Royal Wedding.

Now Google has added trees in quite a few more cities including New York, Philadelphia, Boston, London and various cities in the California Bay Area. New York and London already had 3D tree coverage, so we can assume their coverage areas have been expanded with this latest release. 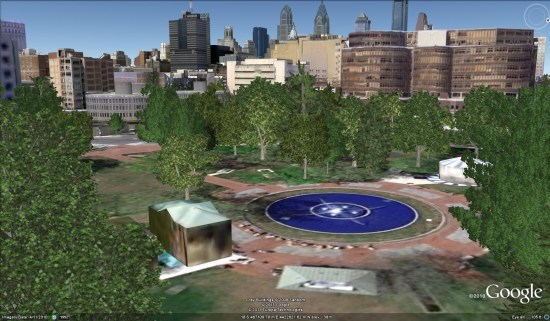 3D tree coverage makes an enormous difference in the realism of a particular area. As we said when they first unveiled this feature, it’s something we’ve been waiting a long time for and we’re glad they did such a fine job of building it. Now if we can just get some more trees added (Atlanta, please?), things will be even better!

To see them for yourself, simply open up Google Earth and fly to one of the cities listed above. Be sure that the “Trees” layer is checked under “3D Buildings” in the main “Layers” section on the left side of your Google Earth window.