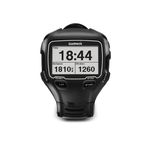 On Sunday, July 31, 2011, the eyes of the ocean community will be on more than 250 athletes on both prone and stand-up paddle boards (SUP) who will attempt the 32-mile, open-ocean crossing of the infamous Ka’iwi (kah-EE-vee) Channel, also known as the Molokai Channel during the Paddle Board World Championships in Hawaii. And Garmin is thrilled to yet again be a sponsor of this prestigious race and involved within this tradition rich community.

on his back as he crosses the potentially dangerous Molokai Channel. Mitchell practices prone paddle boarding, which is one of the toughest, mentally grueling and most ocean-sensitive paddle sports in which

one uses their arms as the paddles while either laying down or positioned on their knees. Mitchell will need to recognize each change in the ocean landscape, as any minor ocean change, such as a knot of wind, inch of tide or ripple of surf could affect his performance drastically. Mitchell will have his trusted Forerunner 310xt attached to his board giving him speed and  distance metrics as well as directional guidance during this marathon paddling event.