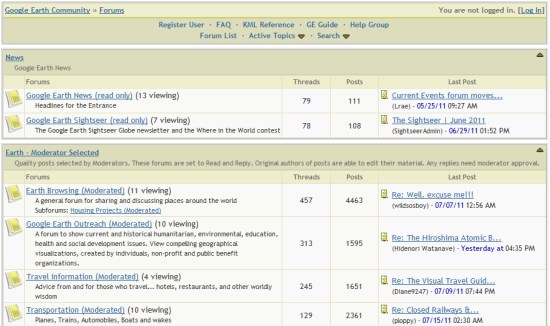 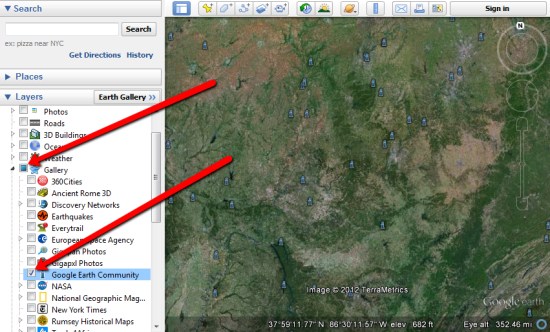 Do you work on the implementation of a container or develop applications within existing OpenSocial containers? If so, we’d love to interview you in a new blog post series that will allow developers to showcase the new and innovative things that they are doing with OpenSocial.

We’re especially interested in hearing from the community about:

Using these “OpenSocial in the wild” posts, we’re hoping to hear more voices from the community and give creators the spotlight. These are the people that are on the front lines, implementing, and hearing from them what works, what failed, and what customers took to as far as features will allow us all to better understand how this technology is being used.

If you would like to be heard, please e-mail me at nakedtechnologist at gmail dot com and tell me, in brief, what you’re doing with OpenSocial. I’ll ask you a series of questions from that initial overview and then feature you in our new “OpenSocial in the wild” blog posts.

From one extreme to another… today top news is bushfires in WA and on the outskirts of Perth. Tens of houses have already been lost. Alerts are published by Fire and Emergency Services WA and the Department of Environment and Conservation. I was looking for online maps but could not locate anything with exception of the good old FireWatch. So, here is a couple of screen captures from aus-emaps.com Bushfire Incidents map: 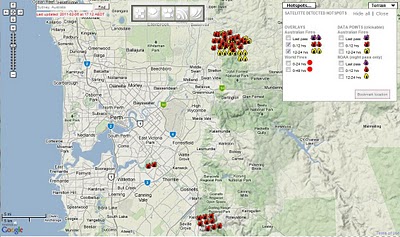 Interestingly, DEC publishes number of hits on its online reports and numbers are quite surprising… high tens but no more than 200. There is lots of text, occasional situation map in pdf but overall not an easy read… It appears that despite all the initiatives, by the community, the governments of all levels, academics, media and private companies there is still no single “geographic information system” available for the public to see first hand what is happening in near real time. There is still a big void in information. Why? Is lack of funding the main issue or lack of coordinated approach by various authorities? Or lack of enthusiasm to carry on development and support for something that may only be used a few days a year (…every few years!)? It would be interesting to hear from others what do you think …