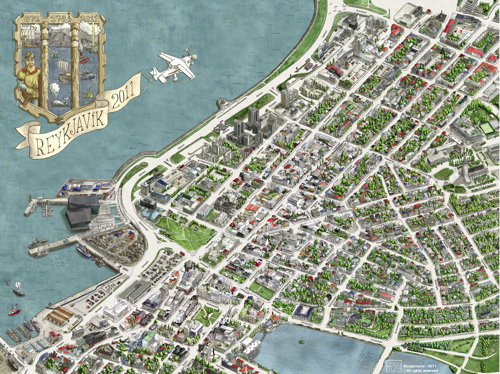 One of the more unique interactive city maps I have seen to date is the Reykjavík Center Map, an online map of Iceland’s capital. Yes, it’s a pushpin map, but it uses an isometric projection (which I’ve seen in some Chinese maps) and the base map is a veritable work of art — it’s not at all computer generated, and it looks like a watercolour. Snorri Þór Tryggvason, who worked on the map with some friends and sent me the link, wrote, “The mapmaking took two years and over 3,000 hours to complete,” and I believe him.